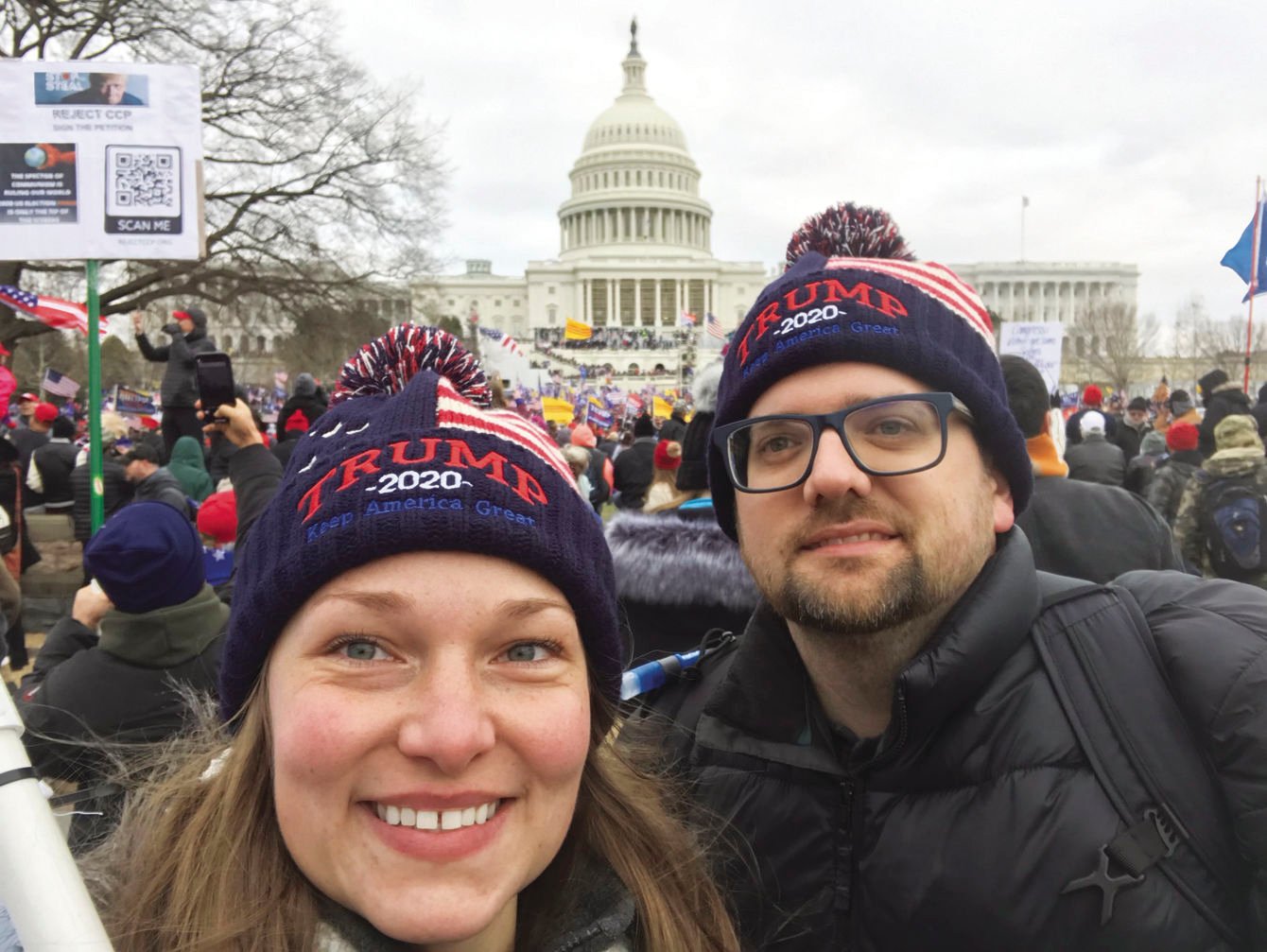 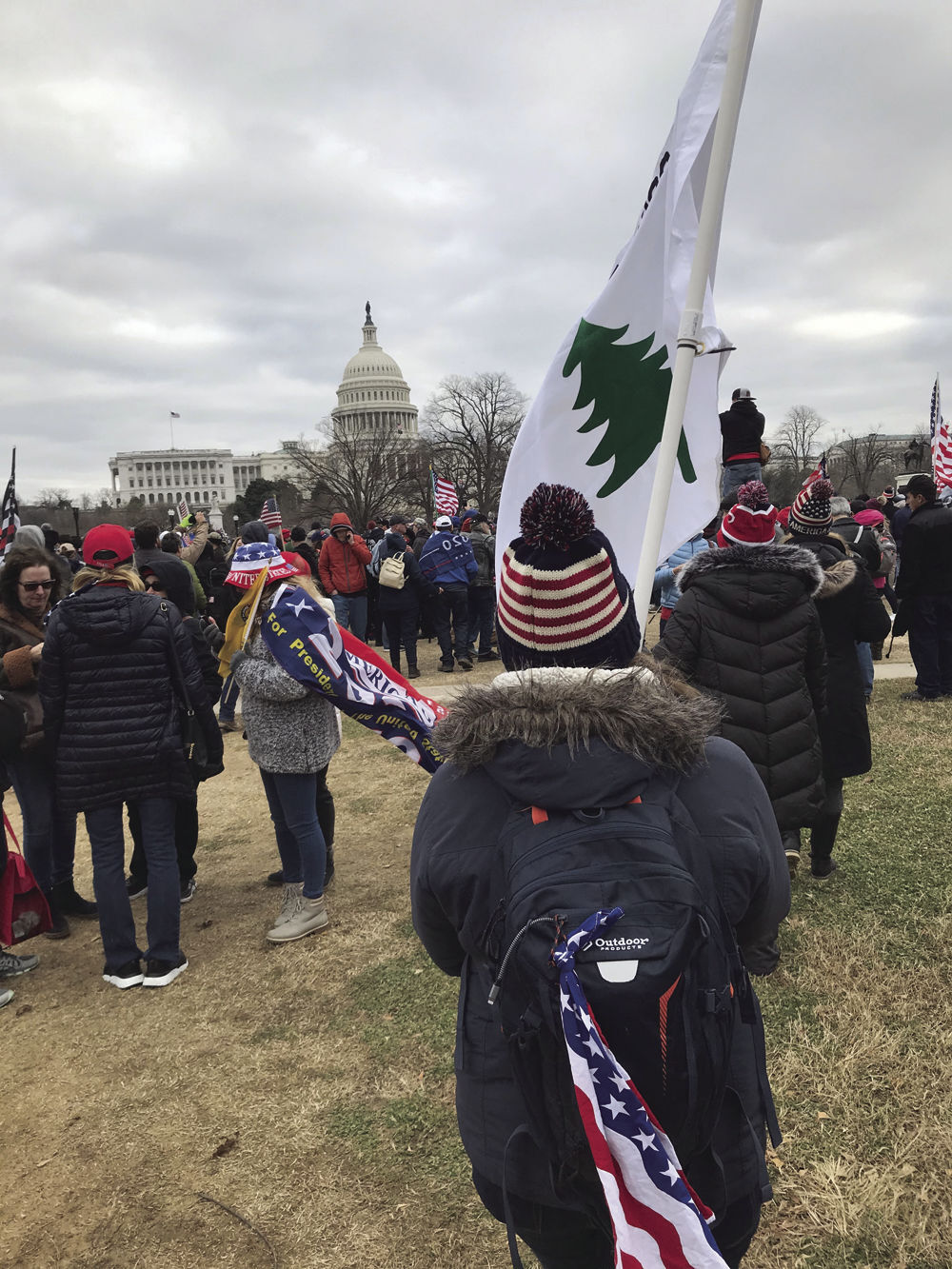 David Augustyn and his wife, Angelica of rural Antigo, were among those who visited the U.S. Capitol in Washington, D.C., on Jan. 6.

David Augustyn and his wife, Angelica of rural Antigo, were among those who visited the U.S. Capitol in Washington, D.C., on Jan. 6.

This is a first person account of the Jan. 6 events in Washington. This is not a reporter’s nor the paper’s view or opinion on the events surrounding the day.

He recalls the visit as recorded here.

I had the opportunity to travel to Washington Jan. 6. Why I was going compared to what actually occurred, I would never have imagined.Getting on the plane, I realized I wasn’t alone. There were many like my wife and I going for the same reason. It felt like I wasn’t alone in a world that tells me through social media and the news that I am wrong for supporting Trump.Like many others, I felt like for once I wasn’t being controlled by a politician, but rather, I had a voice within the government. When arriving in D.C., I expected to see people opposed to my views wherever I went but was surprised that I never did. In fact, many secretly cheered our arrival, such as the black metro worker who said, It’s good what you’re doing here. Thank you for coming.”

It was at these moments I realized how closely people agree on the fundamentals of our country. We mostly all want peace and prosperity. We only fight for different ways of pursuing it.When arriving five hours early at the White House, there were already thousands of people there. I have heard the mainstream media report many numbers in the 20,000-30,000 range, but the actual number was projected closer to 2 million to 3 million. Trump started speaking around 12:15 and finished around 1:20. We were supposed to be walking and at the Capitol by 1 p.m. but were behind schedule.

Before we started walking, people were finding on their phones that Pence didn’t stop the count. The vibe I got was that most suspected this would be the case.

We arrived at the Capitol after walking Pennsylvania Avenue for about 30 minutes with a melting pot of other Americans. When arriving, from where we stood in front of the Capitol, we must have missed the worst of the initial rioting. All we could see was police guarding the doors and people standing on the steps and in the grandstands.

We eventually got close enough to see someone leaving walk by with tear filled eyes from being maced. That’s when we decided to leave. It really wasn’t until we got back to the hotel that we found out from CNN how “horrific” and “seditious” we were being.In that moment, 2 million to 3 million Americans, (not to mention Trump supporters that stayed home) were all wrapped up together as a terrorist organization directed by one man named Trump.

It didn’t matter that if he “incited violence,” the violent ones never got to hear it, because they left his speech early. I really can’t blame anyone that considers themself a Democrat. When the media is completely one-sided, you only get that “truth.” We are all humans trying to do our best in society. With the way anyone attending the protest was portrayed by the media, of course, we should all be condemned.

Every one of us though should be concerned with the canceling and censorship that we have seen recently. Ask yourself, “Do you really want to associate with the side that censors the other?” Did you know that for two years the Holocaust was considered a conspiracy theory by the U.S.?We should be uniting as Americans to fight the loss of freedom of speech disguised as the prevention of violence.

I would argue that Trump supporters, including the protesters, consider the rioters to be criminals that need just punishment. Because, yes, we are for democracy. We are for the rule of law. Why then did we only just now start? I would argue that Trump didn’t incite violence, but the Democratic Party (not the people) which allowed, condoned and encouraged violence from BLM and Antifa from the beginning of Trump’s presidency, degraded the rule of law to the point that people think there are no longer consequences for their actions. Trump is only the scapegoat.

Yes, there sure is turmoil in our country. It is being created through psychological warfare. False stories in the news on either side are creating a divide between people. Censorship and the loss of freedom of speech is a tool of war.

I don’t need to argue about the “perpetuated hoaxes” and “lies” about election fraud. This has been the most well won, gas lit, “repeat a lie until it becomes the truth” agenda pushed by the left and their well-oiled media outlets. I say this the gentlest I can.

For those of you that seek truth, are for democracy and consider yourself an American, research the lawsuit that Texas brought to the courts. Read the whole thing.

This is more than just the left and right and the fights that go on each term. This infighting between “We the People” is created and encouraged, for whatever reason, by the people behind the curtains. We cannot let it divide and conquer us.

The only way to fight this is with the facts. We all, left and right, need to investigate the facts from the true source and come together as Americans.