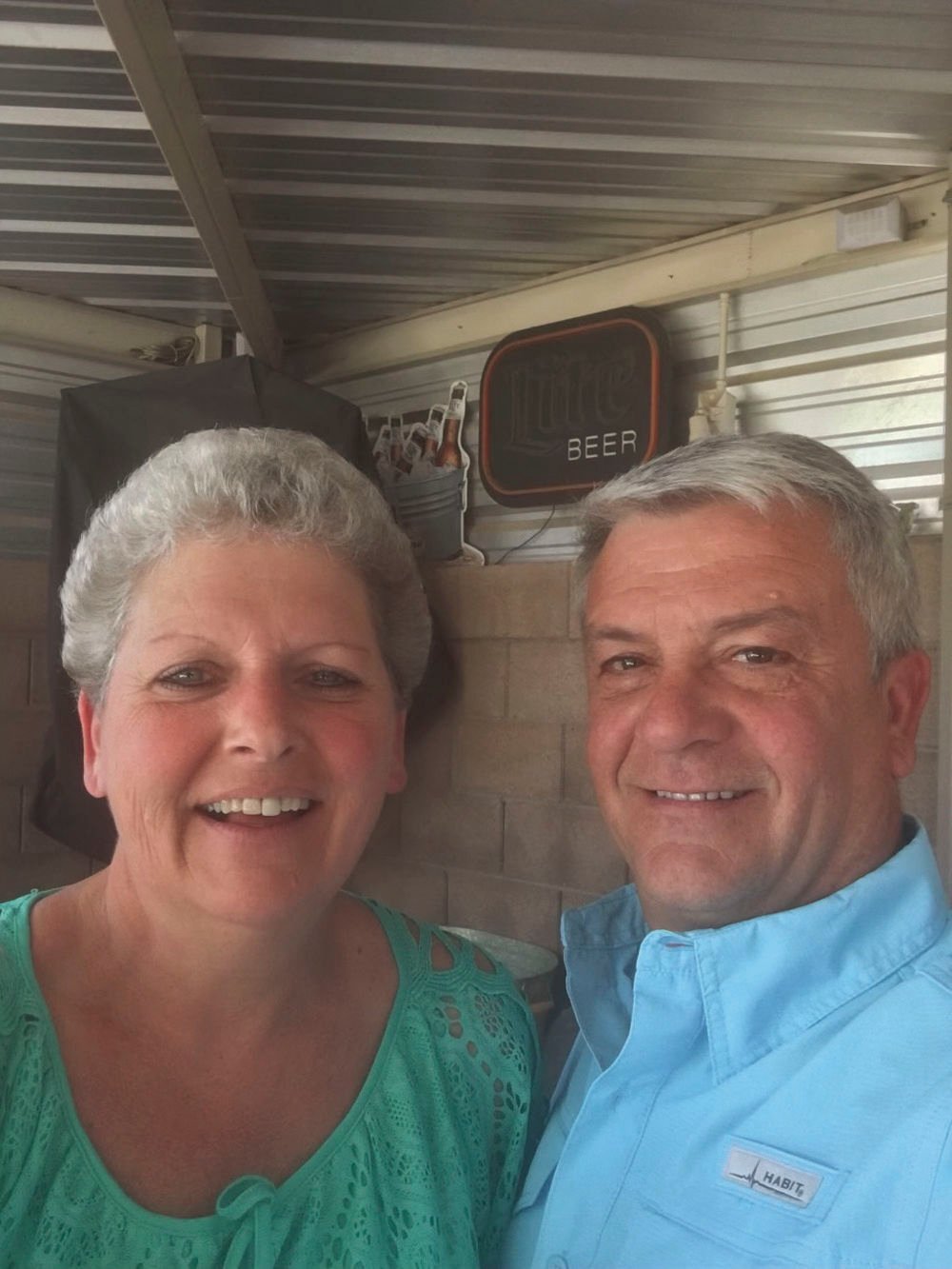 Richard and Jackie Wiegert enjoy their vacation to Florida in April. 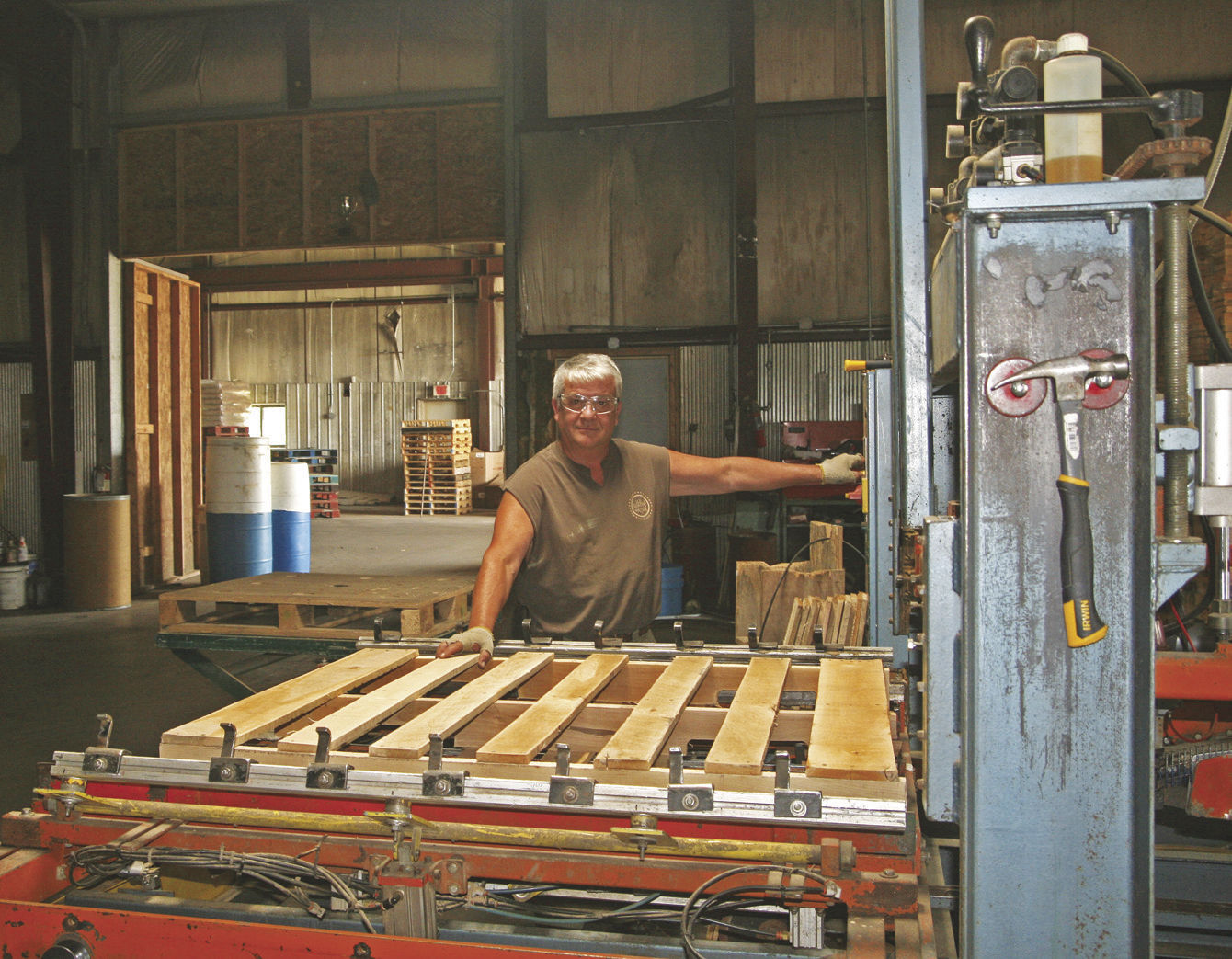 Richard Wiegert stands by the machine that makes pallets at Wieg’s Manufacturing.

Richard and Jackie Wiegert enjoy their vacation to Florida in April.

Richard Wiegert stands by the machine that makes pallets at Wieg’s Manufacturing.

Richard Wiegert, lifelong resident of Langlade County, has been giving back to the community for years—in more ways than one.

Growing up, Wiegert had two younger brothers. He attended grade school at St. Hyacinth and graduated from Antigo High School in 1981.

After high school, Wiegert worked at a local dairy farm for two years.

In 1986, he married the love of his life, Jackie; together they raised three children.

He later owned a tavern for three years in Antigo.

“Ah, Buegie’s. It was such a great tavern,” Wiegert said. “It’s torn down now, but it used to be right where Three Joker’s Lounge is now.”

Once Buegie’s Tavern was closed, a rather large chunk of Wiegert’s life was spent working in construction at ‘Duffek Sand and Gravel’ for 25 years.

As of 2011, the Wiegert brothers went into partnership and opened Wieg’s Manufacturing., located at W10512 Blue Bell Road in Deerbrook.

“It started out as a hobby for the three of us,” said Wiegert. “And then it turned into a business.”

Richard, Rob and Randy Wiegert are co-owners of the business. They manufacture new and refurbished wooden pallets for local businesses.

“I’d say 98% of our customers are local businesses,” Wiegert said. “We also supply majority of the local potato farms with pallets.”

Some of the businesses they work closely with are Sartori Cheese, Volm Bag, Johnson Electric Coil and Langlade Springs.

In addition to supplying locals with pallets, Wiegert is now serving his second term on the Langlade County Board.

Wiegert said he is focused on the county’s fiscal responsibility.

“We gotta do the best we can for Langlade County taxpayers,” said Wiegert.

After his second term finishes, he anticipates serving another term on the county board.

Wiegert is also now serving his third year as supervisor for the town of Peck.

He was president of the East Branch Eau Claire River Association for four years and he served eight years as the treasurer of the Northwood Sportsman Club.

He additionally coached youth baseball and volunteered in the concession stands at sports events.

“I’ve always been involved within the community in someway. It’s just something I’ve gotta do,” said Wiegert.

Who inspires you to serve others?

George Shinners. He’s a smart man, great listener and even better teacher. He’s taught me a lot in life, probably more than anyone else.

What is the single greatest food in the history of mankind?

A good brat with sauerkraut.

Do you collect anything?

Can you share a piece of advice you have been given either in life, love or music?

As Bob Benesik would say, we must agree to disagree.

What was your favorite childhood toy?

A BB gun. My brothers and I used to have so much fun shooting empty cans and icicles off the house.