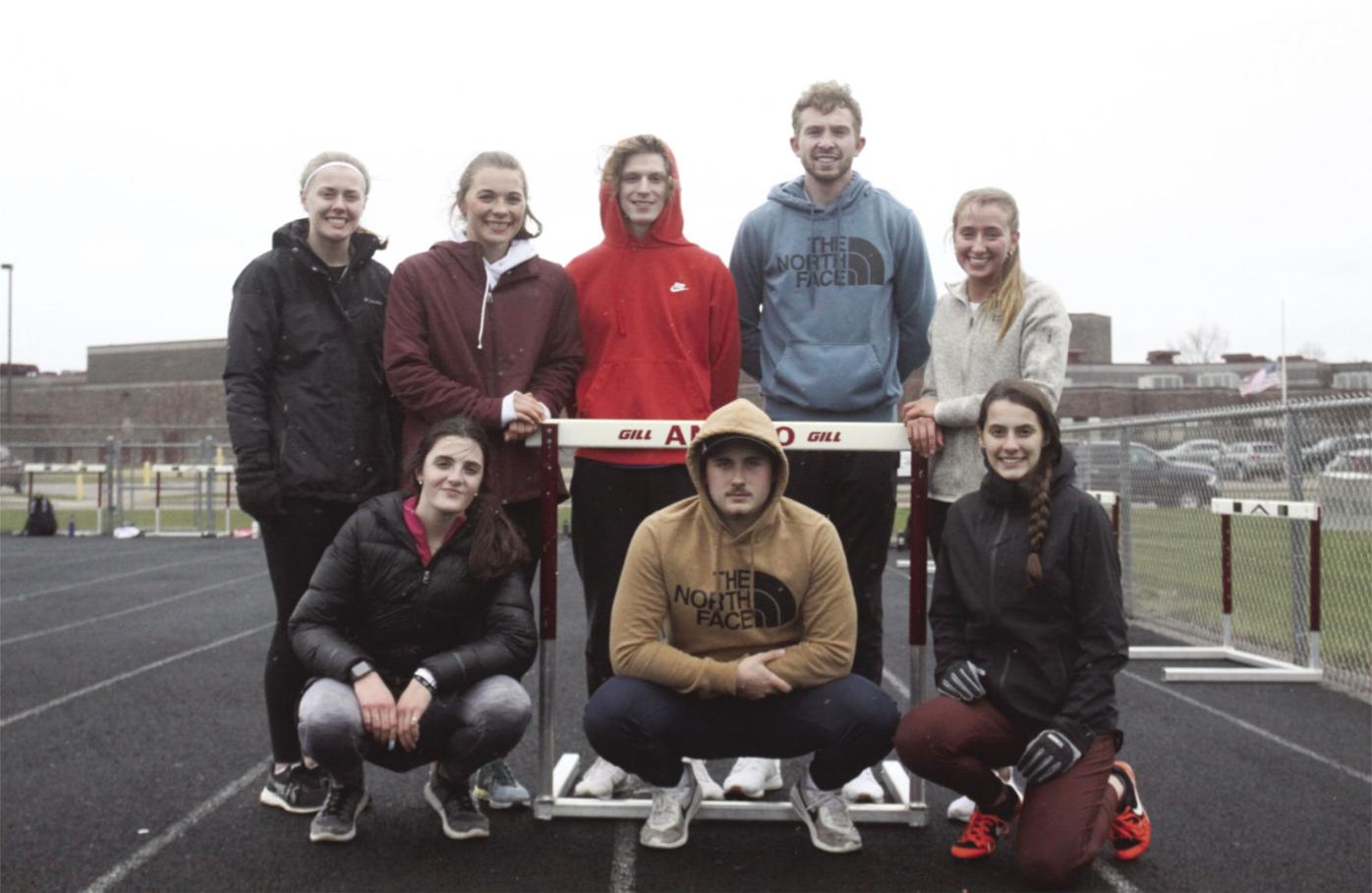 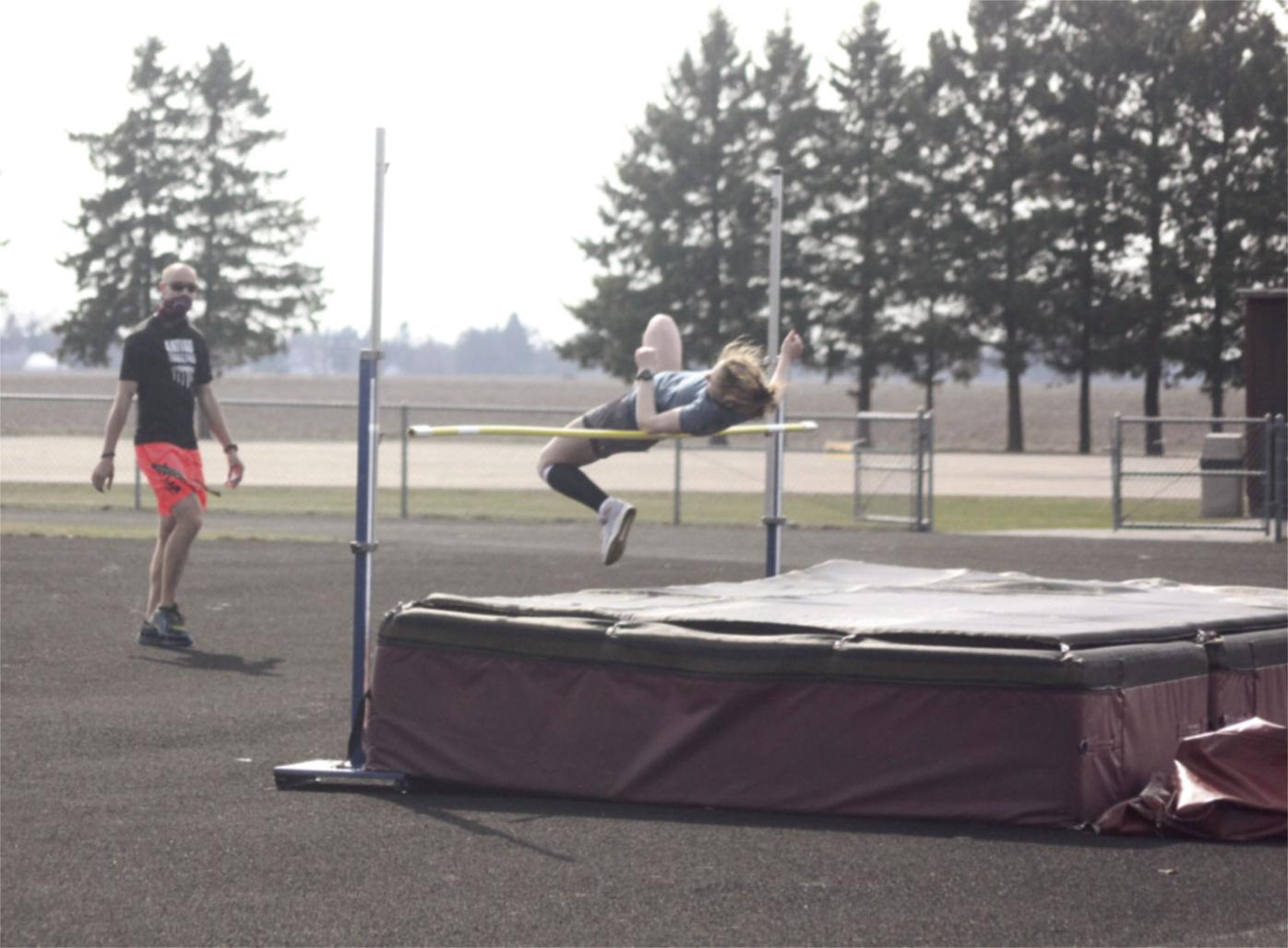 Runners, on your marks! The Antigo Red Robin track teams are about to get set and go.

Robin head coach Casey Hildebrandt is brimming with optimism about his deep and talented 2021 squad.

“I’m sure any team could say this, but last year we had a real shot to be conference contenders,” Hildebrandt said. “Our senior class was strong and had great depth, so we have some spots to fill this year.”

The Robins are led by senior Kaden Steckbauer, who will compete in the 200 meter, 400 meter, and triple jump. If that is not enough to keep him busy, Steckbauer may also show his skills in the long jump or potentially the 4x400 relay.

“Kaden has continued to progress and is strong and confident heading into the season,” Hildebrandt raved. “He brings great leadership and guidance to a young team.

“Kaden was a member of the 4x400 relay that advanced to sectionals in 2019 and is much faster now. The open events are new opportunities for him after a deep senior class in 2019 which limited his entries, so the new opportunities are equally exciting for him as they are for the coaching staff.

“Kaden will be a big anchor for points this season in all four events and has a great chance to advance far into the tournament season. I would not be surprised to see him battling for the top spots at regionals and sectionals.”

Fellow senior Logan Edwards will be a tremendous team factor beside Steckbauer. Edwards is laser focused on the 800 meter race this season.

“Logan was also a young member of the 4x400 relay team that advanced to sectionals in 2019, in addition to the pole vault,” his coach recalled. “He’s focused on the 800 meter this year and will be a strong contender to advance out of regionals to sectionals, and potentially a state bid if he can stay healthy and strong.”

Noelle Tischendorf and Holly Johnson are senior leaders for the girls team, and Joe Lassaso is another key senior on the boys side. These three are set to compete in the 100, 200, 4x100, and 4x200 relays. “These three seniors are important and experienced leaders on the team, but also critical entries in the sprints and relays,” the coach predicted. “Noelle was a member of the 2x200 relay team that advanced to sectionals in 2019, but may run some open events as well.

“Holly is versatile and can move between the 100 and 200, including relays. Joe will have a big role working with the freshmen on his 4x100 relay team and mentoring them throughout the season.”

“Wes brings some good results into his junior year and will be a leader along with Edwards in our distance crew. He has some speed and may be thrown into a 4x400 or kick off the 4x800 if we want to take a stab at that with some speed.”

“Brooklyn was a ninth grader on the 4x200 relay team that advanced to sectionals in 2019 and looks to have continued progressing into her junior season,” Hildebrandt said. “A new event for her could be the 100 meter, but focusing on the 200 and either the 4x100 or 4x200 will be big events for her. Her triple jump will be vital for field event points for the girls.”

Heather Arlen will be the Red Robins’ top thrower, competing in shot put and discus.

“Heather hasn’t thrown since her ninth grade year, but was one of the leaders on the throwing team in 2018. Injury kept her sidelined in 2019, so she has a lot of unknowns heading into her senior season, but a lot of excitement to see where she lines up. Fresh off another state swimming qualification, we’re hopeful she will carry our throwing team far into the tournament season.”

“Claire has natural speed that will be an important part of our sprints and relay teams,” Hildebrandt said. “She is one of the few high hurdlers we have and has had great success in the event in the past. Depending on the final selections of our relays teams, she will be a big part of either or both the 4x100 and 4x200m relay. She may jump into a field event too.”

Coach Hildebrandt points to three up and coming stars for the Robins: MacKenzie Wissbroecker, Sierra Oelke, and Jesse Ruppel.

“While only in her first year of high school, MacKenzie brings energy and work ethic that the program needs to be competitive both within the team and at meets. She has a lot of potential in all of her events and could be vital in our team points on the women’s side.”

Oelke is a sophomore, seeking to advance her skills after missing out on her frosh season.

“Sierra will be vital in whatever events we end up working with. She’s demonstrated her athleticism in a variety of events and could be someone who bounces from event to event with success, or finding a couple that she really wants to focus on. Regardless, she will gain experience and has a bright future in the sport.”

Ruppel is the Robin with the most bounce, but also may take part in the 4x200 relay.

“Jesse loves the high jump and will likely focus on this event. We may need to put him in a sprint relay, but that is no issue with his natural speed. With the leadership he’s already shown, he could certainly continue to lead the team after the senior class graduates this year. He’s still young and has some notes to take, but he brings excitement and energy that we like to see.”

Nick Radish is a promising new addition to the Antigo team, possible to compete in a variety of running events.

“Nick joins track bringing speed and strength. We need a few meets to try events out and find his place, but he will compete in whatever event we put him in, from sprints up to the 400 and 800 meter range.”

The Robin tracksters launch into their season on Thursday with an invitational in Medford, set to begin at 4 p.m.

Local fans should circle May 27 on the calendar, as the Robins host the Dale Peterson Invitational at the Listle Field track.