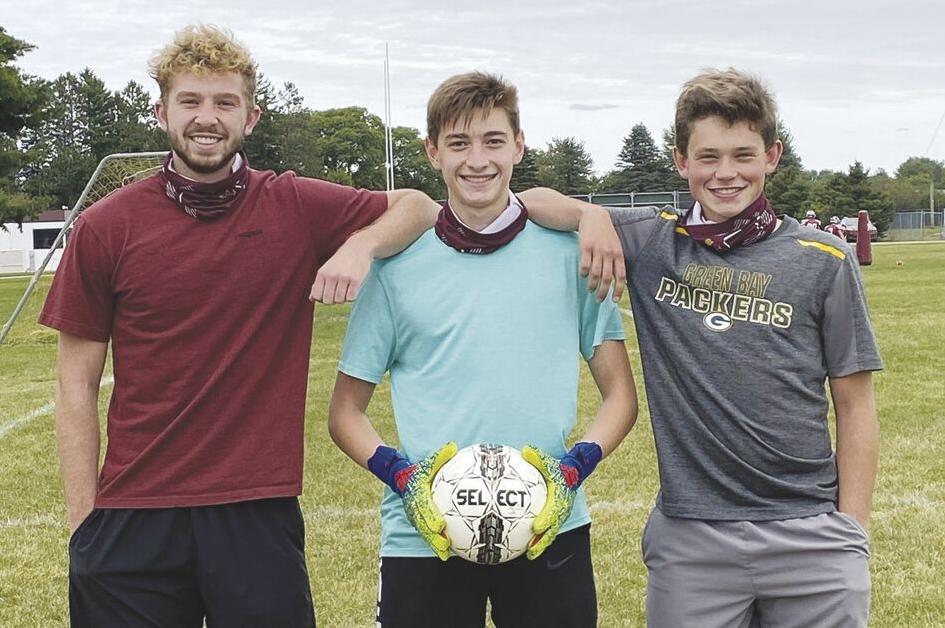 The captains of the 2020 Antigo Red Robins boys soccer team, from left, Kaden Steckbauer, Cordell Umland and Alex Samolinski are ready to lead the Robins into its Great Northern Conference schedule of games which starts Tuesday in Rhinelander. 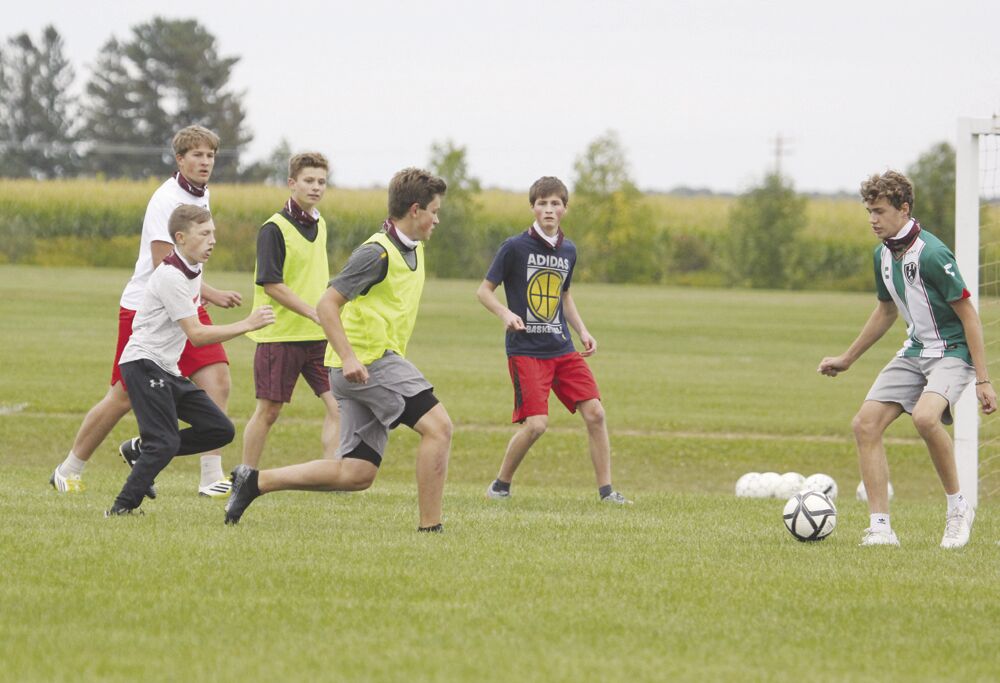 The captains of the 2020 Antigo Red Robins boys soccer team, from left, Kaden Steckbauer, Cordell Umland and Alex Samolinski are ready to lead the Robins into its Great Northern Conference schedule of games which starts Tuesday in Rhinelander.

While times are certainly different, many of the changes on the Antigo Red Robins boys soccer team have nothing to do with the current pandemic.

It’s a fresh buzz in the air, an excitement, a signal that times are changing and a new winning culture is being born.

Following a 2018 season in which the Robins produced a program-best mark for wins with 5, that overall mark dipped a year ago to 3-17-5. But that mark could be very misleading.

“Our record doesn’t sound very impressive but when you break it down there are a lot of milestones,” head coach Ben Wilhelm said.

Those milestones include no mercy rule losses (10 goal difference after 60 minutes of play) for the first time in a decade; average losses by only three scores; five ties showing equal play in those matchups and not just three wins, three confident wins.

Most noteworthy of all, one of those deadlocks came at Rhinelander, marking the first time ever Antigo did not lose a Great Northern Conference game since the conference’s inception in 2008.

While the Hodags later came to Antigo and returned home with a 3-0 victory, the Robins are excited to match up against them in Tuesday’s season opener and a chance to garner that elusive conference win.

“To do well against Rhinelander, the second all-time leading program in the GNC is quite the accomplishment,” Wilhelm explained. “While we are a little nervous to travel and take it to them, I see unprecedented passion and confidence in our players.”

Leading those returning players is senior goaltender Cordell Umland. Umland posted a 5.40 goals against average in GNC games a year ago, but saw a large amount of shots, saving 221. He will be counted on to keep the Robins in games.

“His work ethic and focus is one of the best I’ve ever seen,” Wilhelm said. “I’m very hopeful through his play and leadership this season will be one to remember.”

Joining Umland as captains is senior Kaden Steckbauer, who joined the program in 2019 and made a huge impact, scoring a number goals and recording multiple shots and junior Alex Samolinski. Samolinski led in nearly all offensive categories, including goals and assists.

Reliable four-year veteran Zech Steber and Joe Bartletti, who returns to soccer for the first time since his freshman year, round out the four-man senior group.

Other top returners are a trio of juniors, including Wes Ebel, whose stats included a number of assists and shots, Frank McKenna, a defenseman and Umland’s backup in net and midfielder Trevin Walbeck. Wilhelm described all three as “confident” players.

Returning sophomores to the group are Cole Umland and Jake Hanus, while a recent pattern to the roster continues with a mix of freshman and players new to the program.

Garrett Husnick, Sam Bretl and Seth Beaber are juniors who are back after playing their freshman year, with Husnick expected to make an immediate impact.

Bunnell is the younger brother of Brody Bunnell, one of the seniors lost to graduation. A multiple all-conference selection, he will be difficult to replace.

“Brody Bunnell was one of the best players Antigo soccer has ever seen,” Wilhelm said. “Even so, his play and leadership was never about himself, his confidence and attitude were infectious and continues on in the team.”

A handful of four-year seniors also graduated and some newcomers on defense who played big roles last season, including Tanner Resch and Nick Roller, will be missed.

“Many seniors played key defensive roles so that’s one area we need to reinvent this year,” Wilhelm noted. “I’m confident we’ll have new players step up and fill the gaps.”

Off season preparation may be one area the COVID-19 pandemic actually helped this year’s team. The captains stepped up and organized a rigorous set of practices throughout August, which were well-attended.

“Our offseason was indeed the weirdest I’ve ever seen,” Wilhelm added. “We were able to hold our contact days in July and I think because everyone had been so isolated so long, they were just excited to get out and play and after the captain’s practices, I’d say we had the best off season work we ever had. While we aren’t polished yet, we are incredibly organized and functional.”

A big change of course will be no games outside of the Great Northern Conference schedule due to the pandemic, a unique challenge the Robins seem ready to face.

“I’m excited, it will be nice to focus exclusively on preparing for and getting conference wins,” Wilhelm said. “I think the playing field will be more even than ever. Summer club soccer was canceled so every player has basically the same level of preparation we have had. We also have stability in our program, where half the GNC has seen coaching changes and big losses to graduation.”

Defending conference champion Northland Pines looks to be a contender again as it returns unanimous first-team goalie Colby Kruse, but did lose four other first-team players to graduation.

Medford lost GNC Offensive Player of the Year Onyi Ekwueme, but returns three second team all-GNC performers. Mosinee looks to be strong, while Lakeland and Rhinelander appeared to be in the midsts of some rebuilding.

All-in-all it looks to be a competitive conference season.

Now that the culture in Antigo seems to be changing it’s a matter of making it show on the scoreboard as well.

“Overall goals are an emphasis on possession and ball control, allowing us to dictate the pace of the game,” Wilhelm explained. “Cool, confident play with explosive finish, significantly cutting the number of goals allowed and a dramatic difference in conference standings.”

The Robins have their first chance to show that difference Tuesday in Rhinelander. Teams will take to the pitch at 7 p.m. at Mike Webster Stadium.