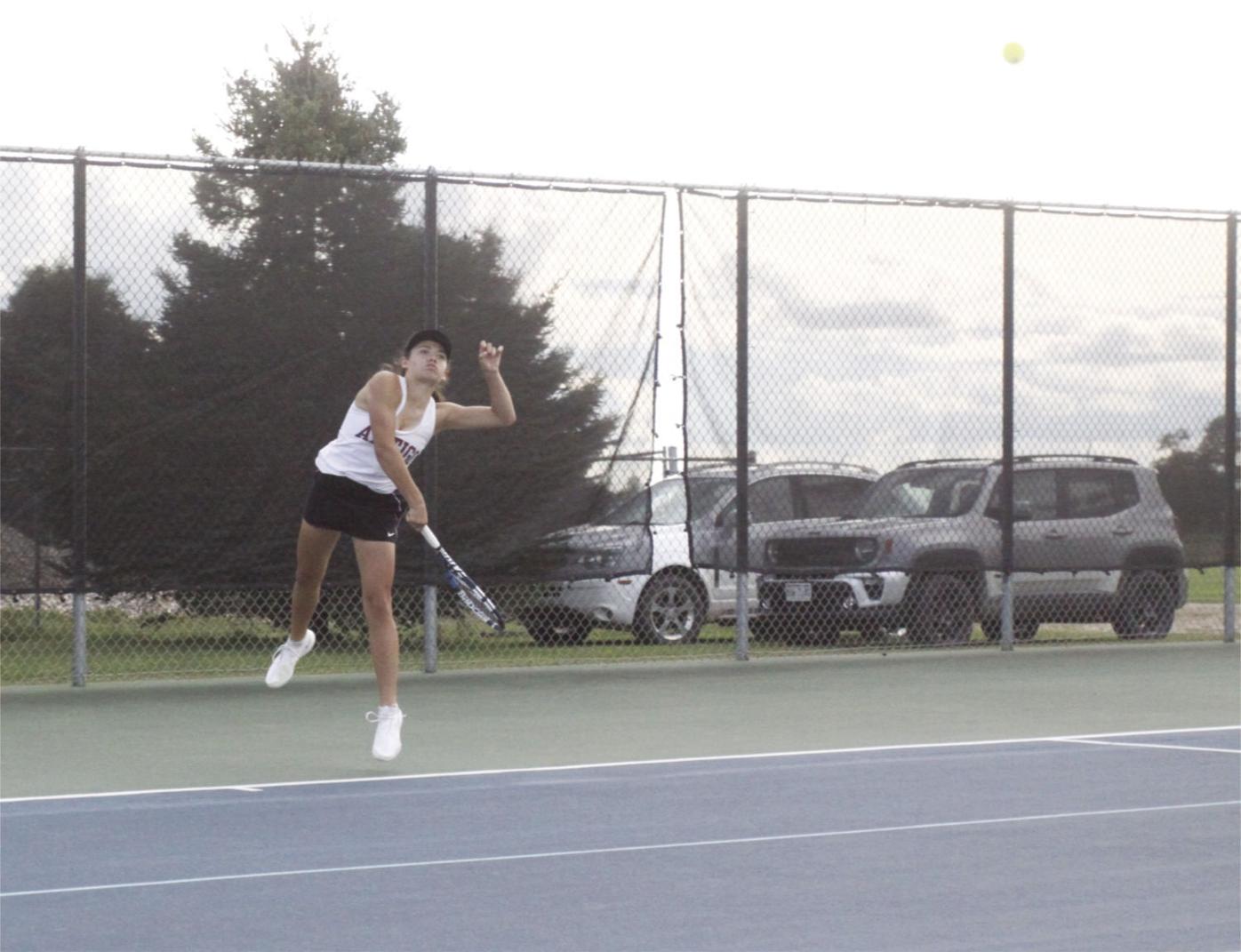 Brandon Kieper Sierra Oelke of Antigo delivers a hard return shot against Phillips’ Kylie Soberg in singles play Thursday at the Elleson Tennis Courts. Oelke won in straight sets, not allowing a point in a 6-0, 6-0 win. 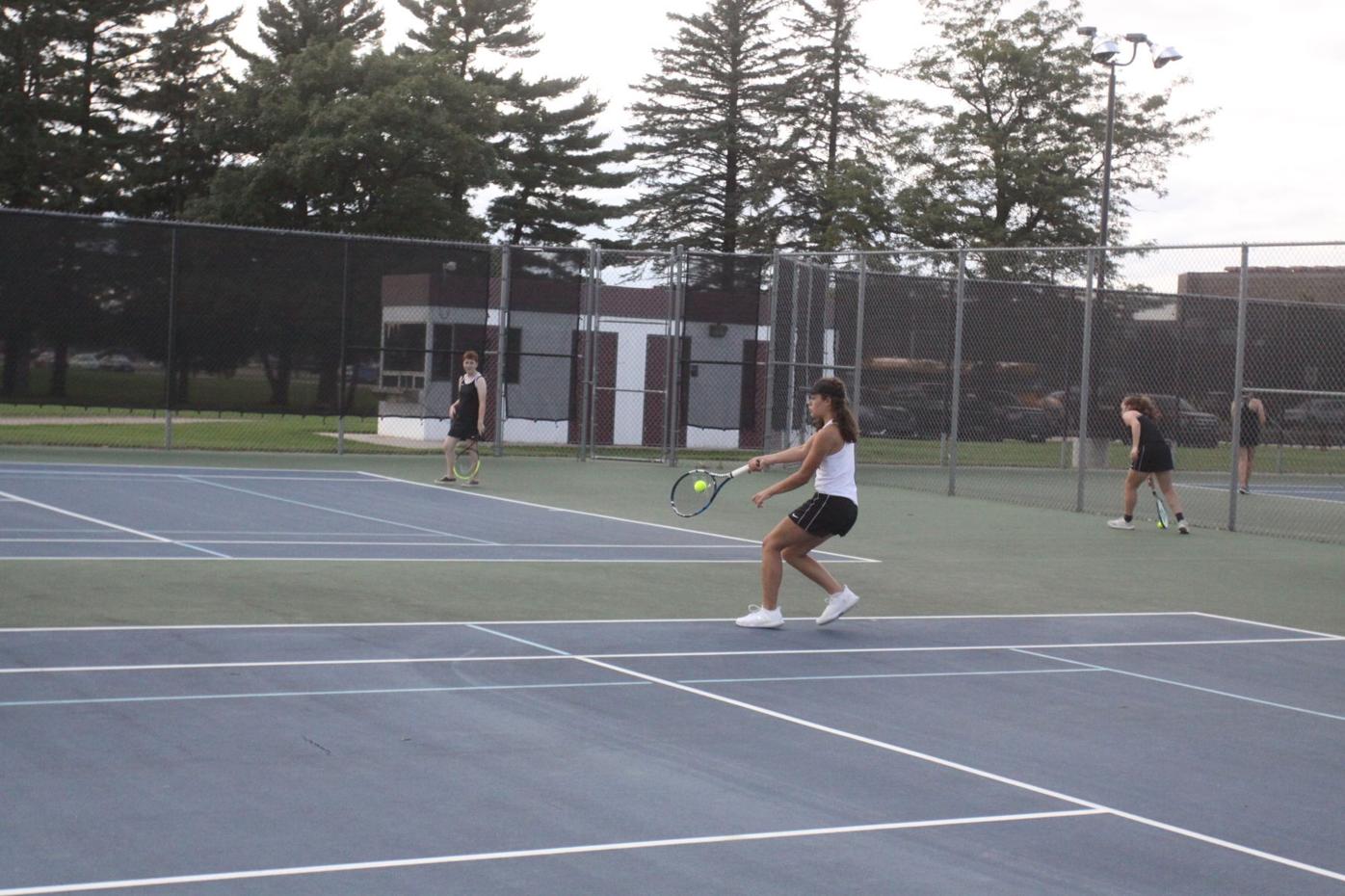 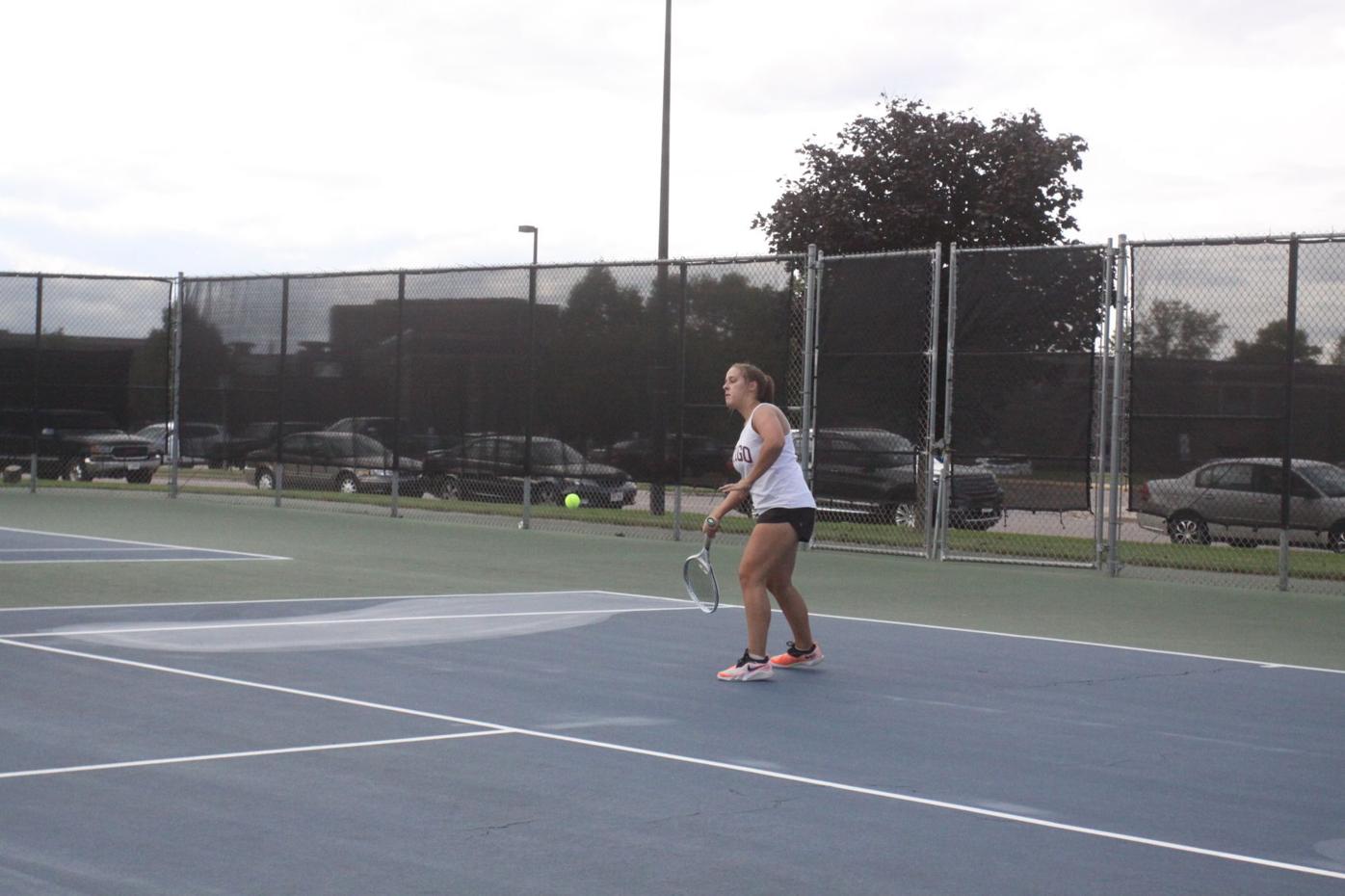 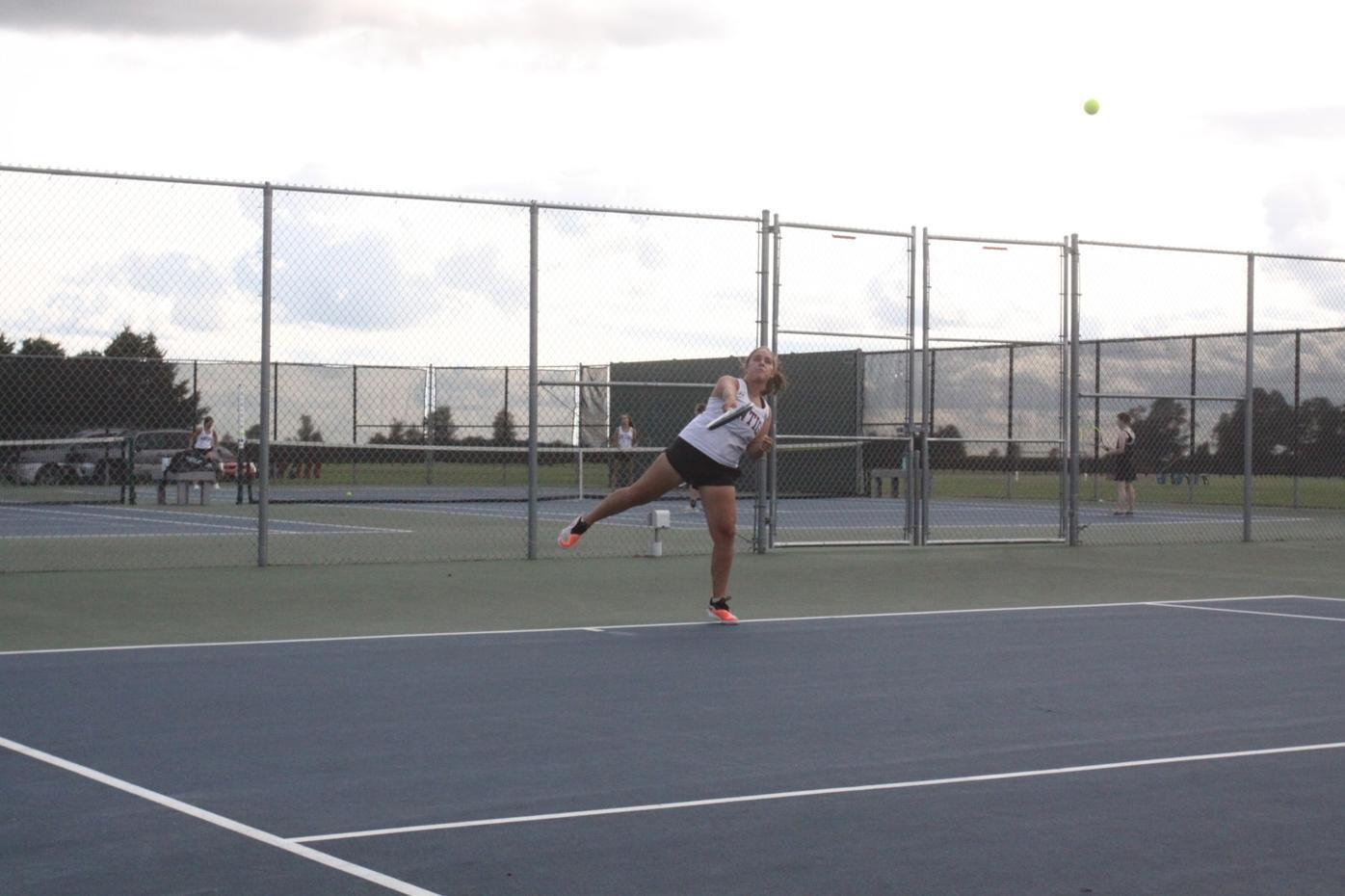 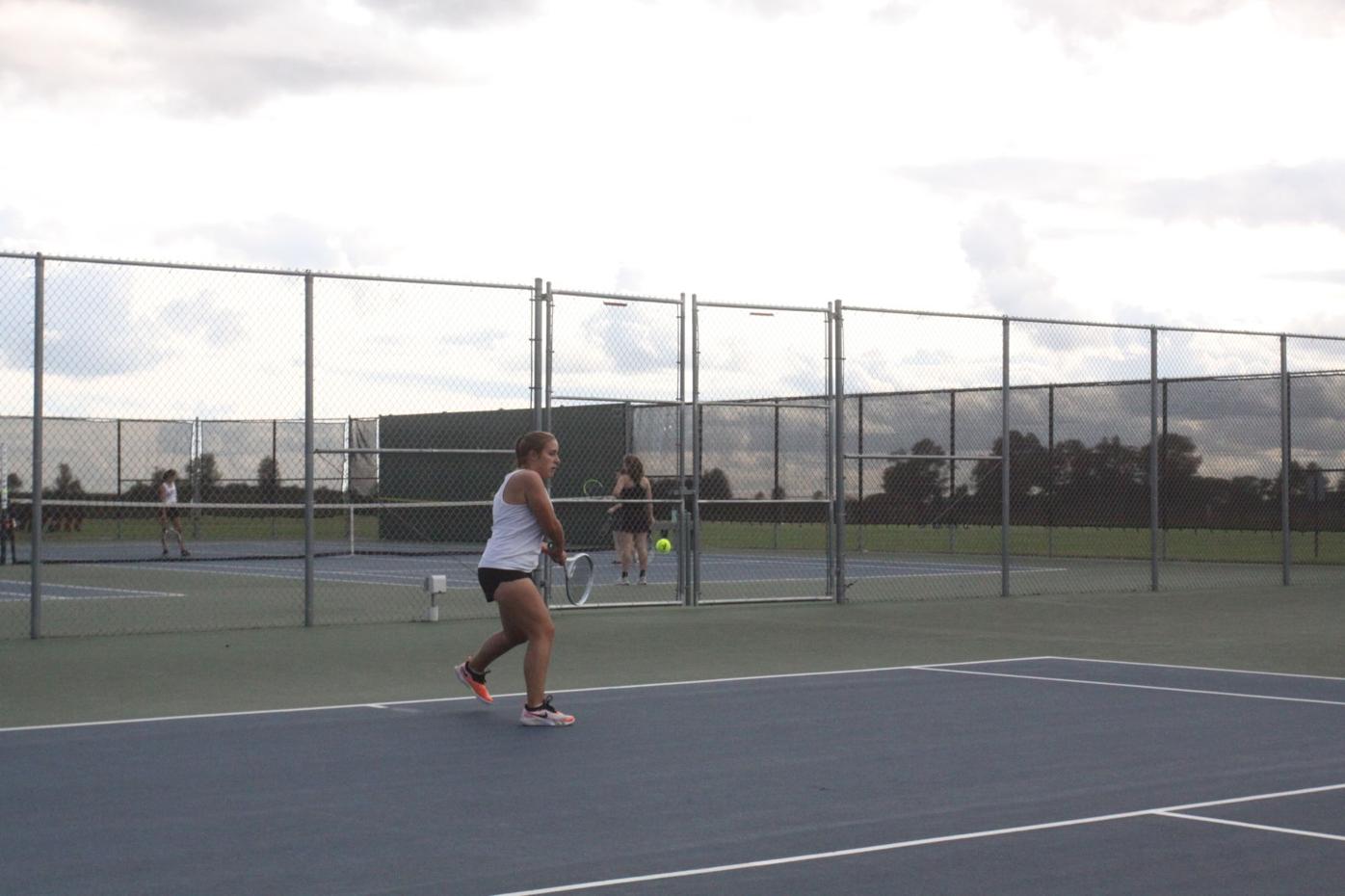 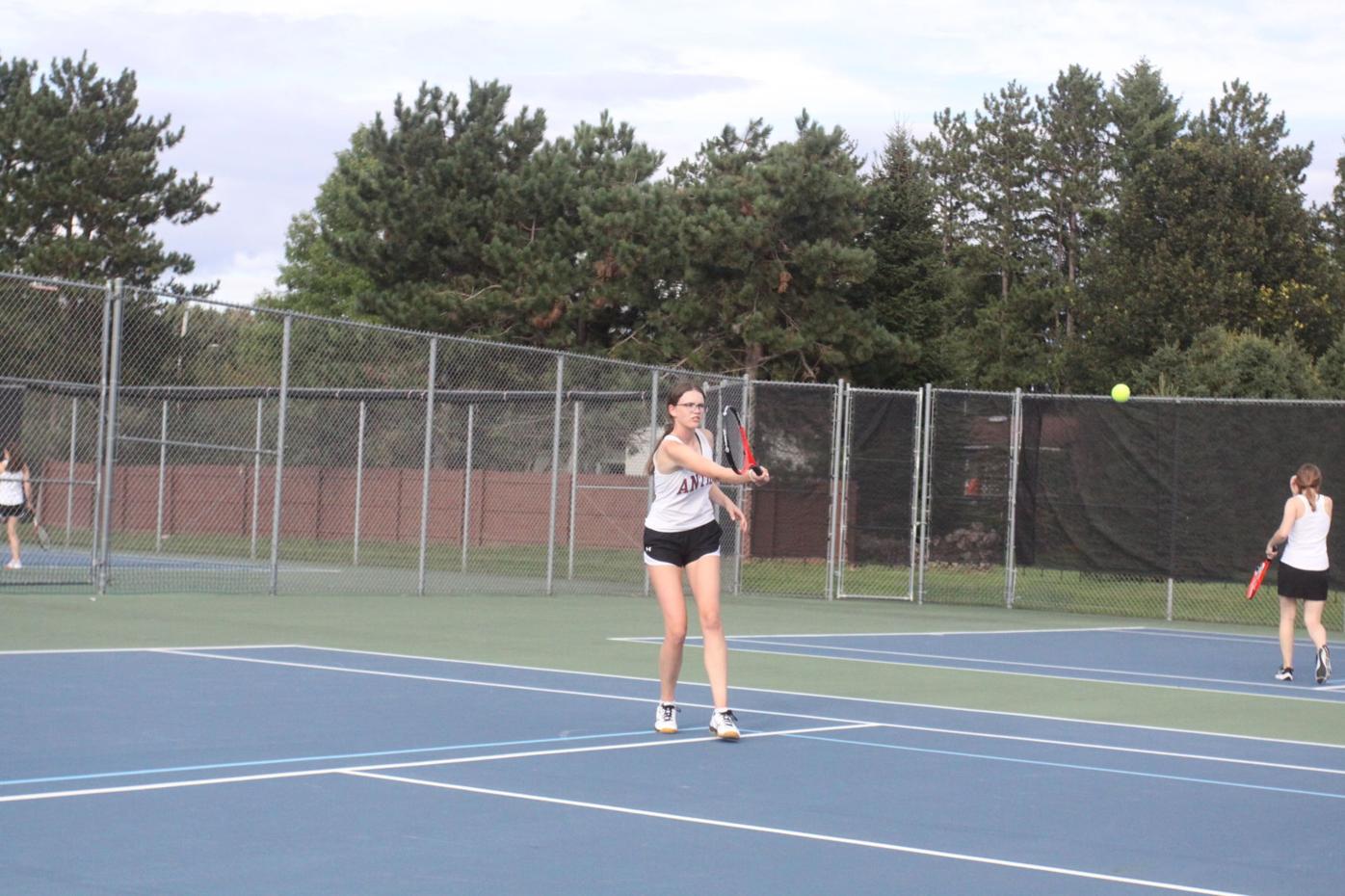 Brandon Kieper Sierra Oelke of Antigo delivers a hard return shot against Phillips’ Kylie Soberg in singles play Thursday at the Elleson Tennis Courts. Oelke won in straight sets, not allowing a point in a 6-0, 6-0 win.

On what was a beautiful day for tennis, the Lady Robins made quick work of the Loggers. Playing on its home court, it was also Parent’s Night for Antigo, with the players honoring their parents with flowers and cookies before the meet started.

All the Antigo girls seemed to get out of the blocks quickly in their matches, maintaining what seemed to be a positive intensity throughout.

While small in enrollment numbers, Phillips was able to field a full lineup and though the Loggers were outgunned, they played hard and displayed good attitudes throughout.

The No. 2 match saw Brechlyn Flannery with the most competitive match of the night, still coming out on top against Phillips’ Ella Teeters 6-3, 6-2.

The No. 3 and 4 matches were both straight sweeps. Sierra Oelke handled Kylie Soberg and Makayla Roberts took down Ariel Henney.

Doubles was all Antigo as well.

“The team did what I expected them to do,” head coach Dave Zalewski said. “Each player took care of business without any letdowns in the second sets. I challenged the team to try some of the new strokes and strategies we have been working on during practice. What is most encouraging was the effort the girls put forth in implementing the practice into very competitive matches.”

While Phillips remains winless in the GNC, the Robins moved to 3-2 and 11-5 overall in meets. The Robins are currently second in the conference standings, 12 points behind first place Rhinelander, who may be difficult to catch at this point.

Antigo will have its chance this week, traveling to Rhinelander Tuesday, before heading to play another Great Northern Conference foe, Lakeland, on Thursday.