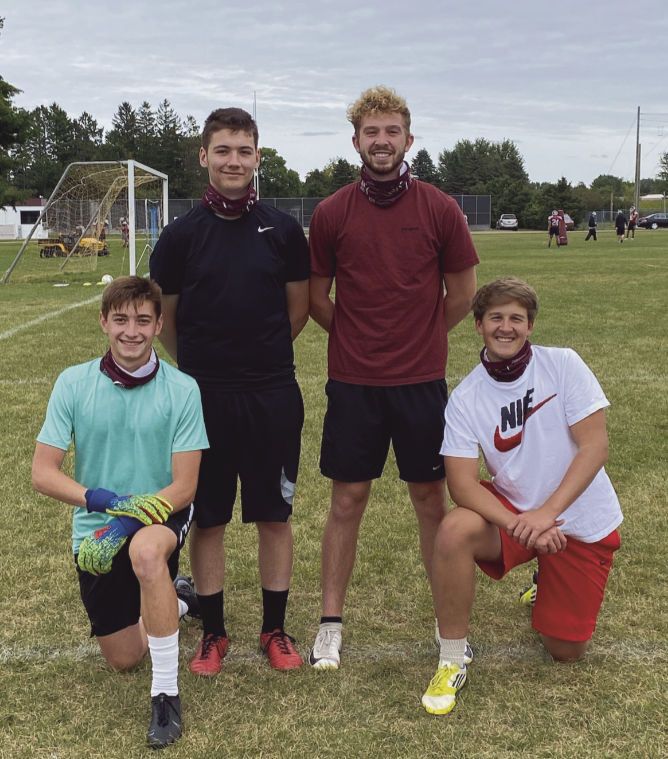 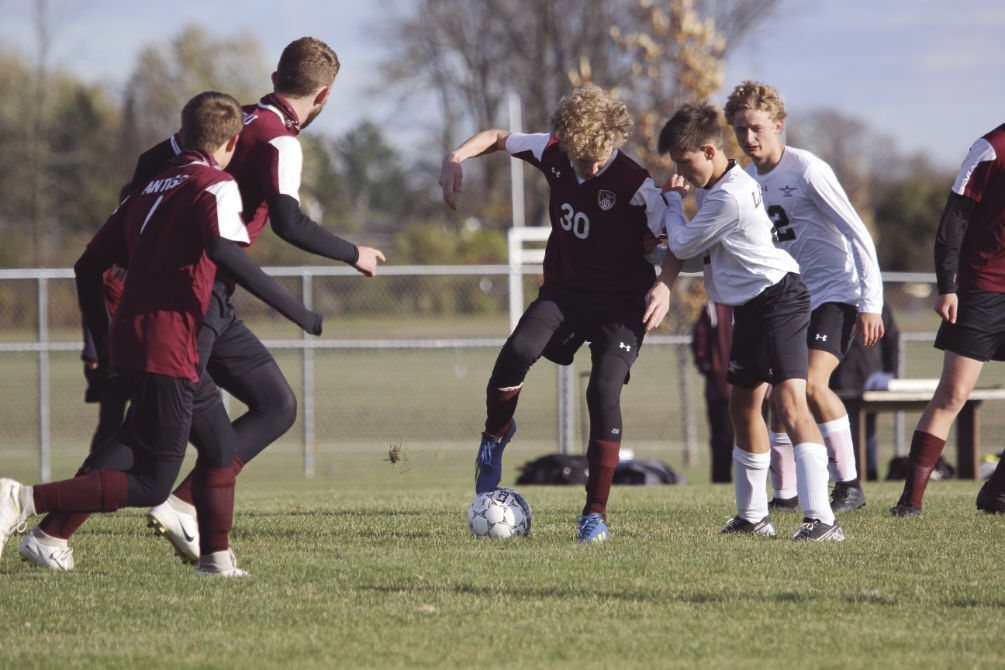 Antigo’s Frank McKenna (30) battles a Lakeland defender for the ball during Thursday’s 3-0 loss at Listle Field. 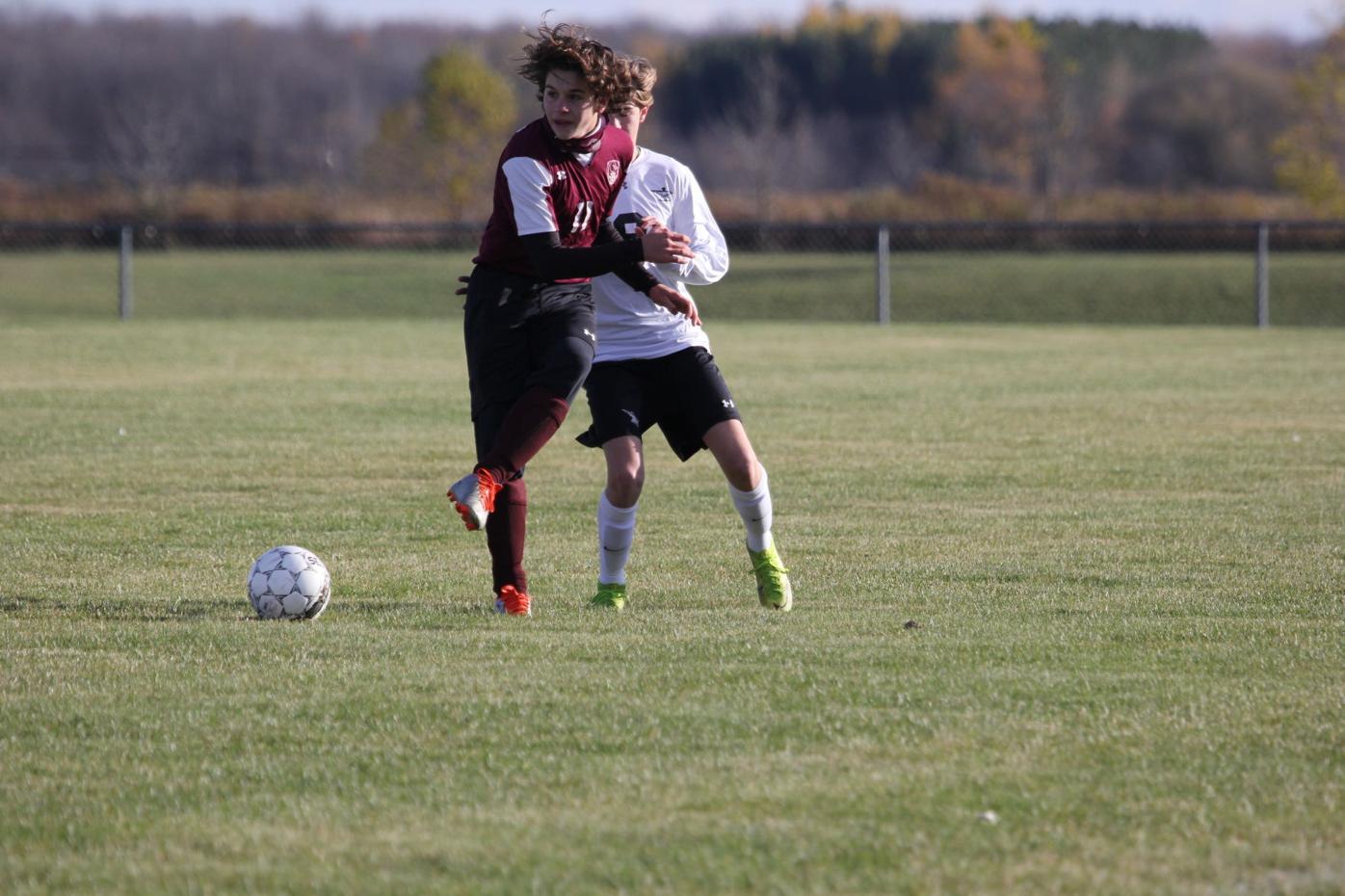 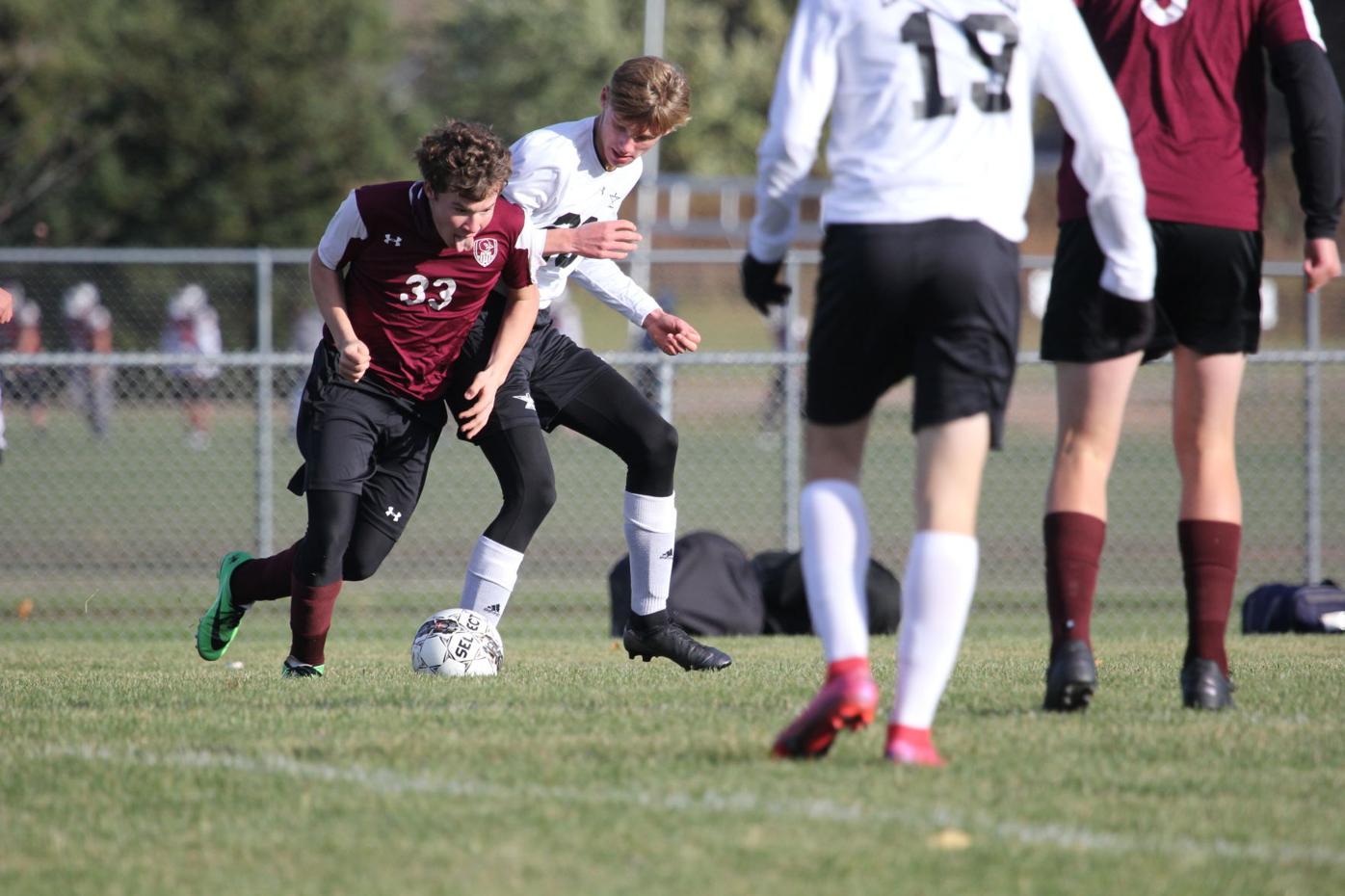 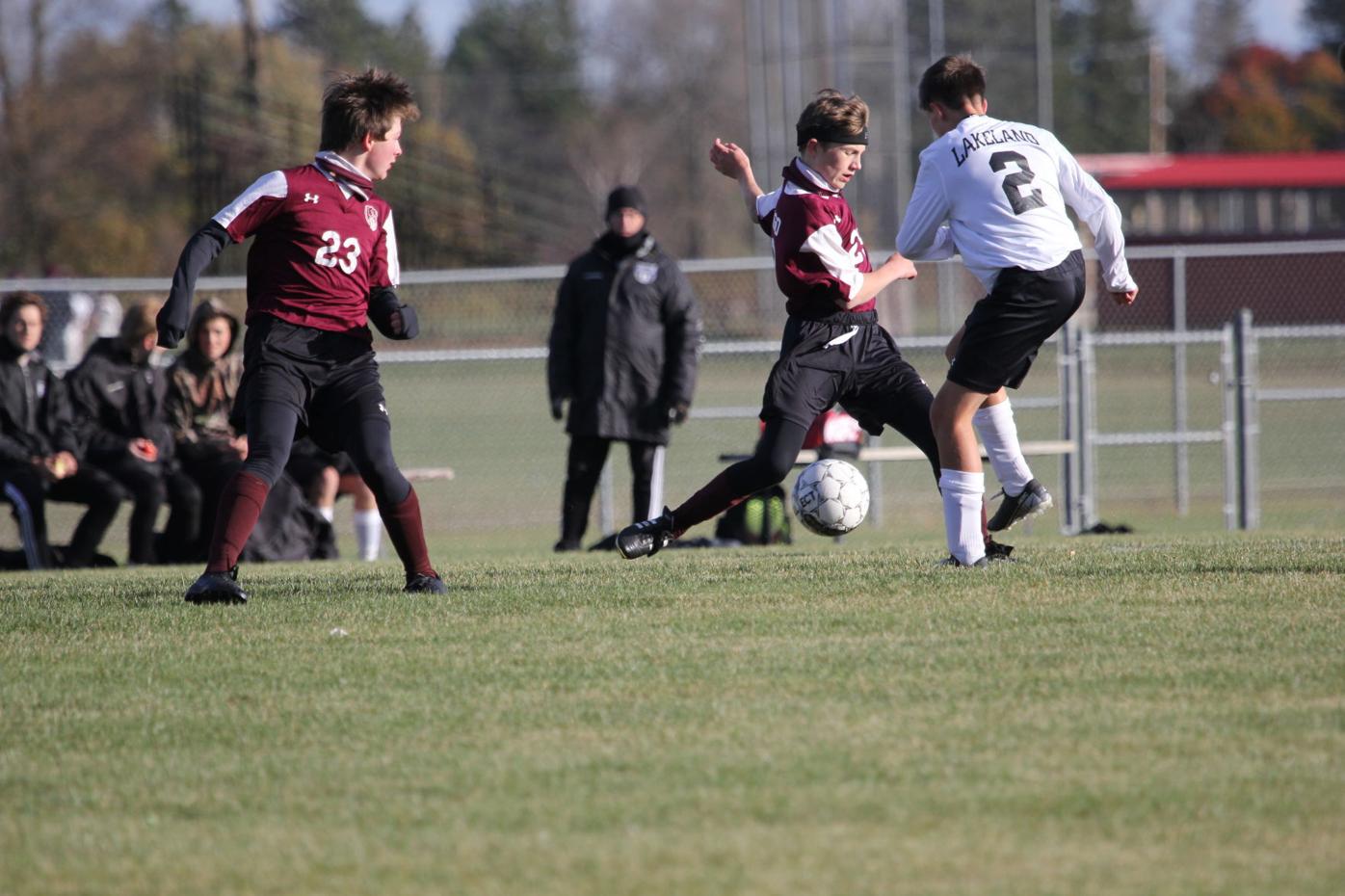 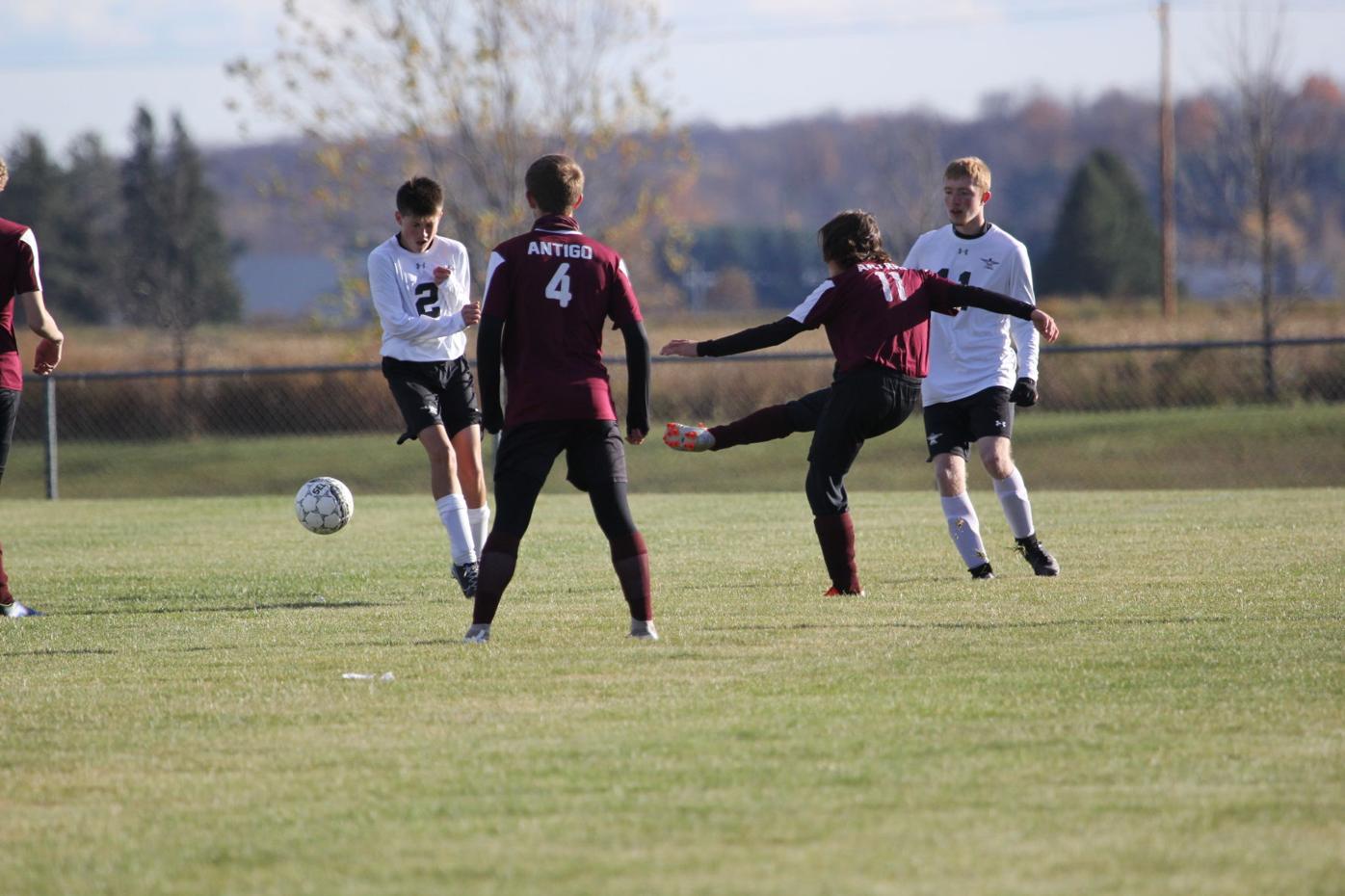 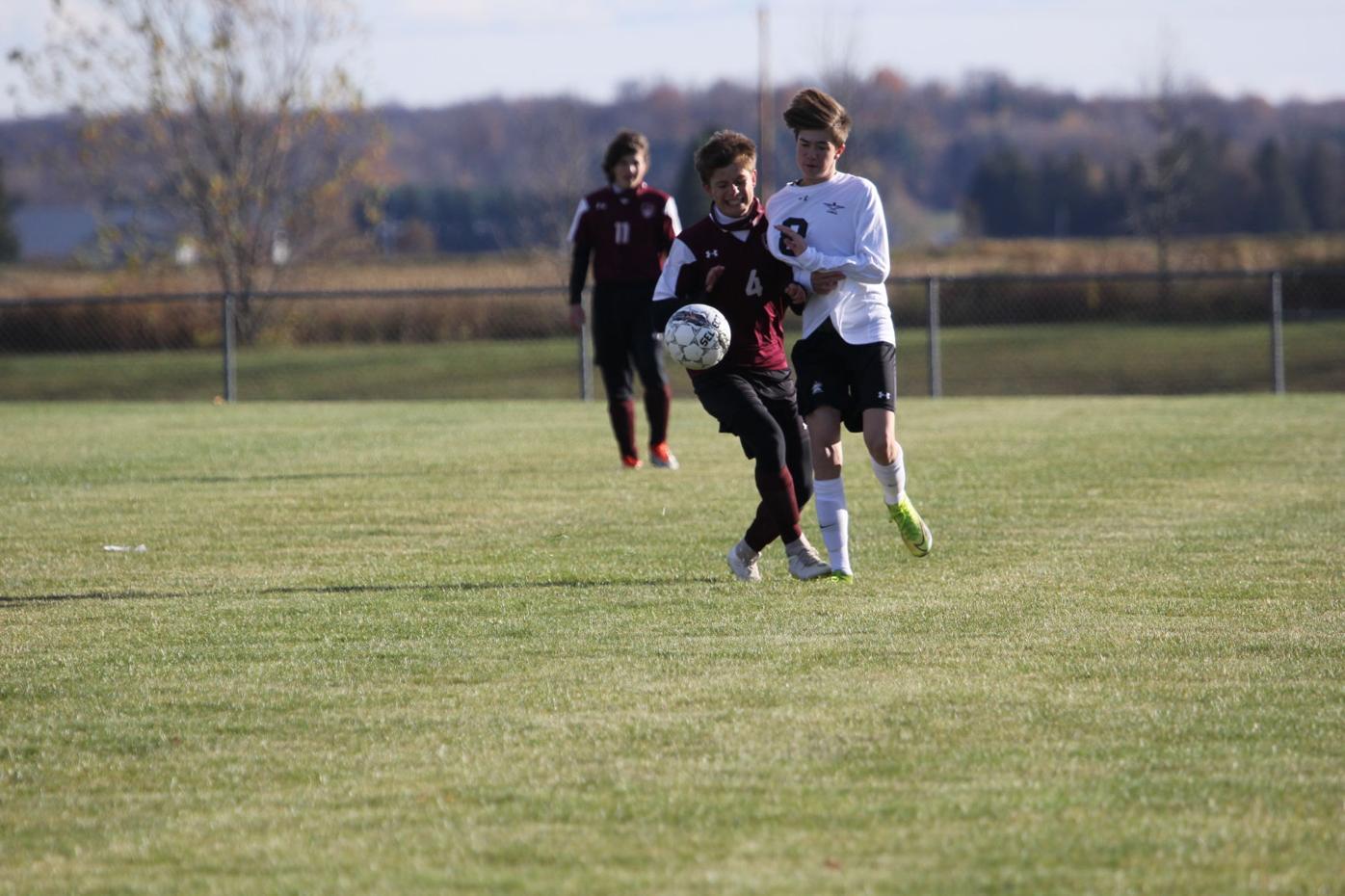 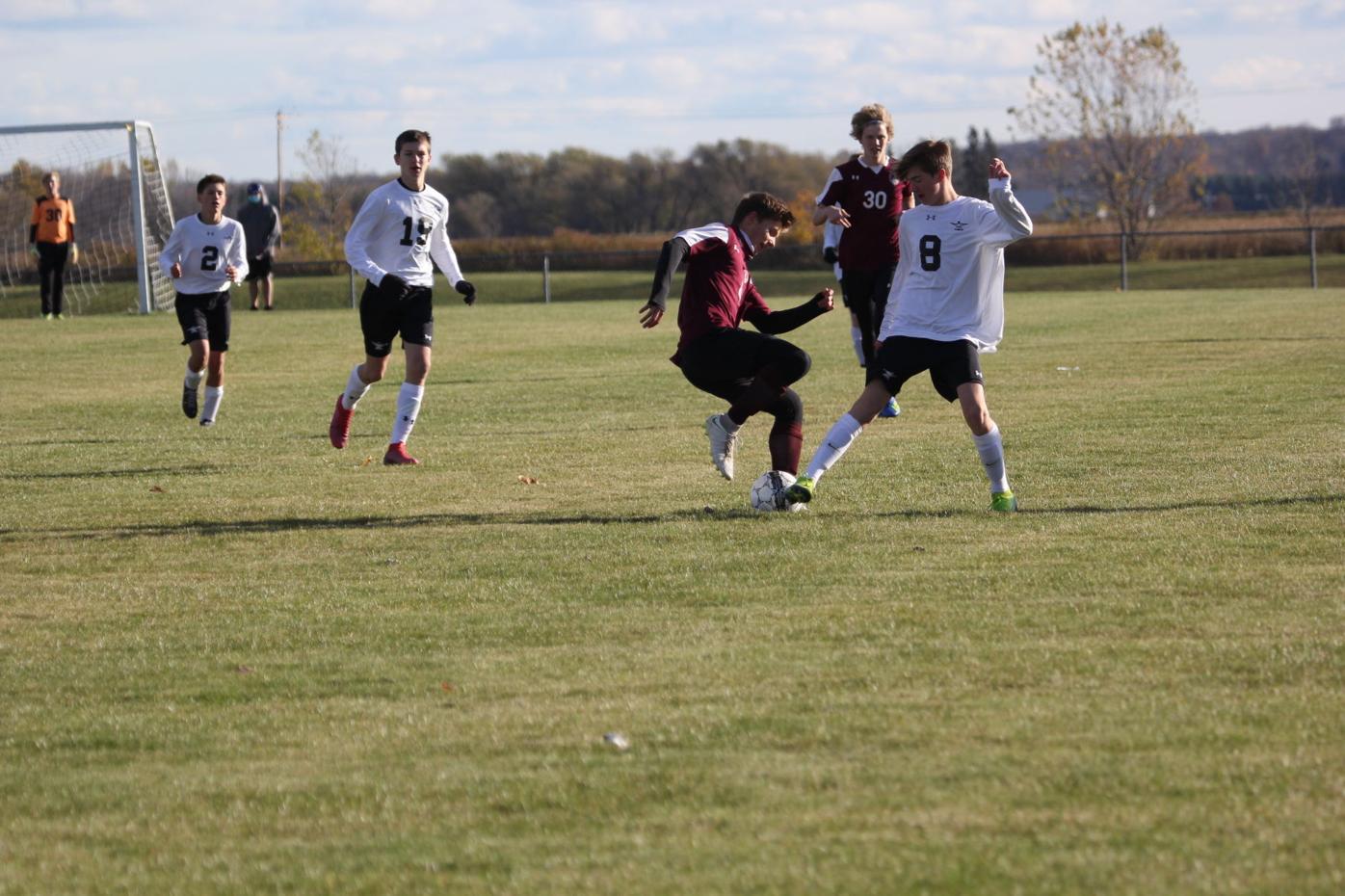 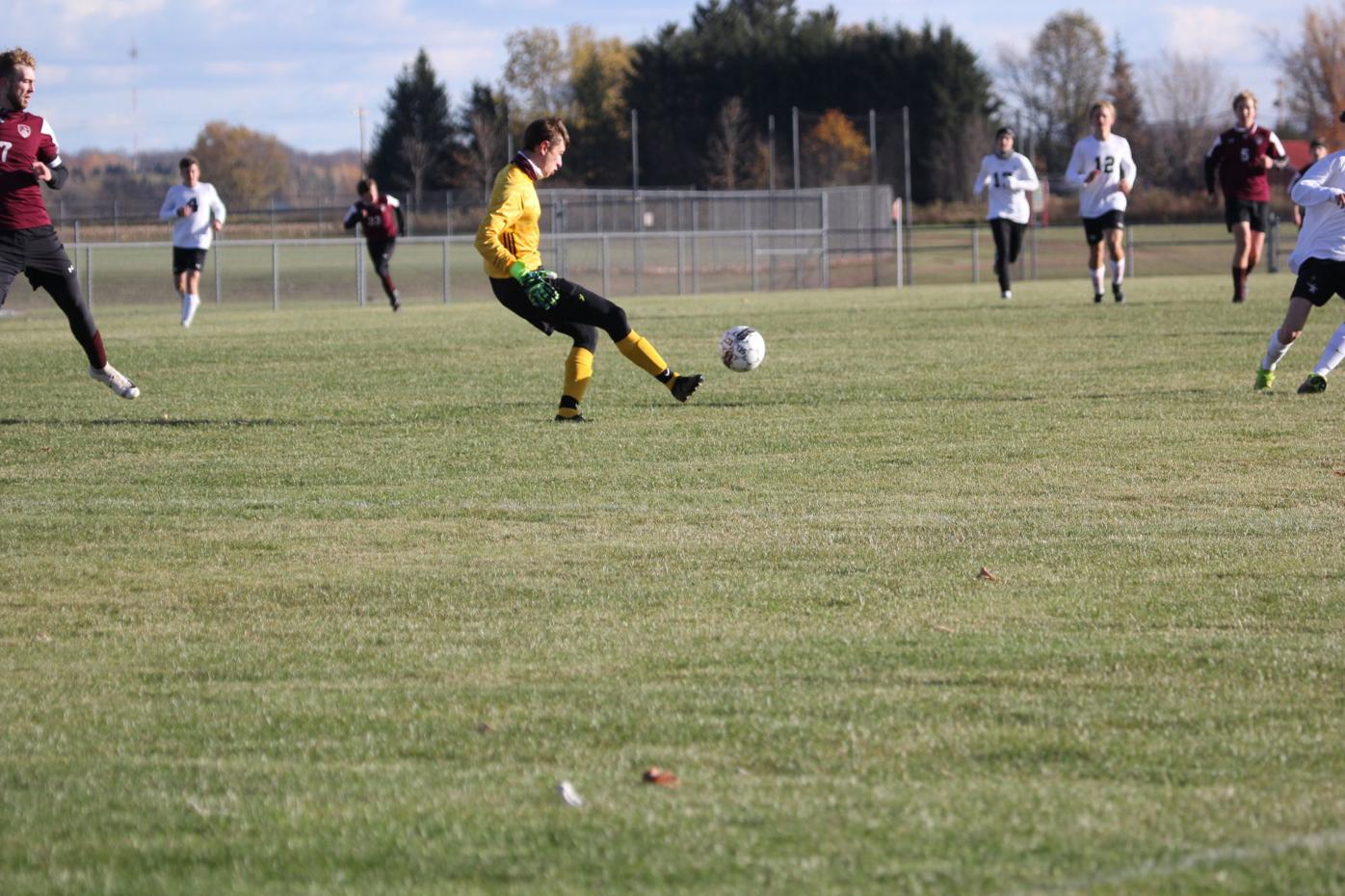 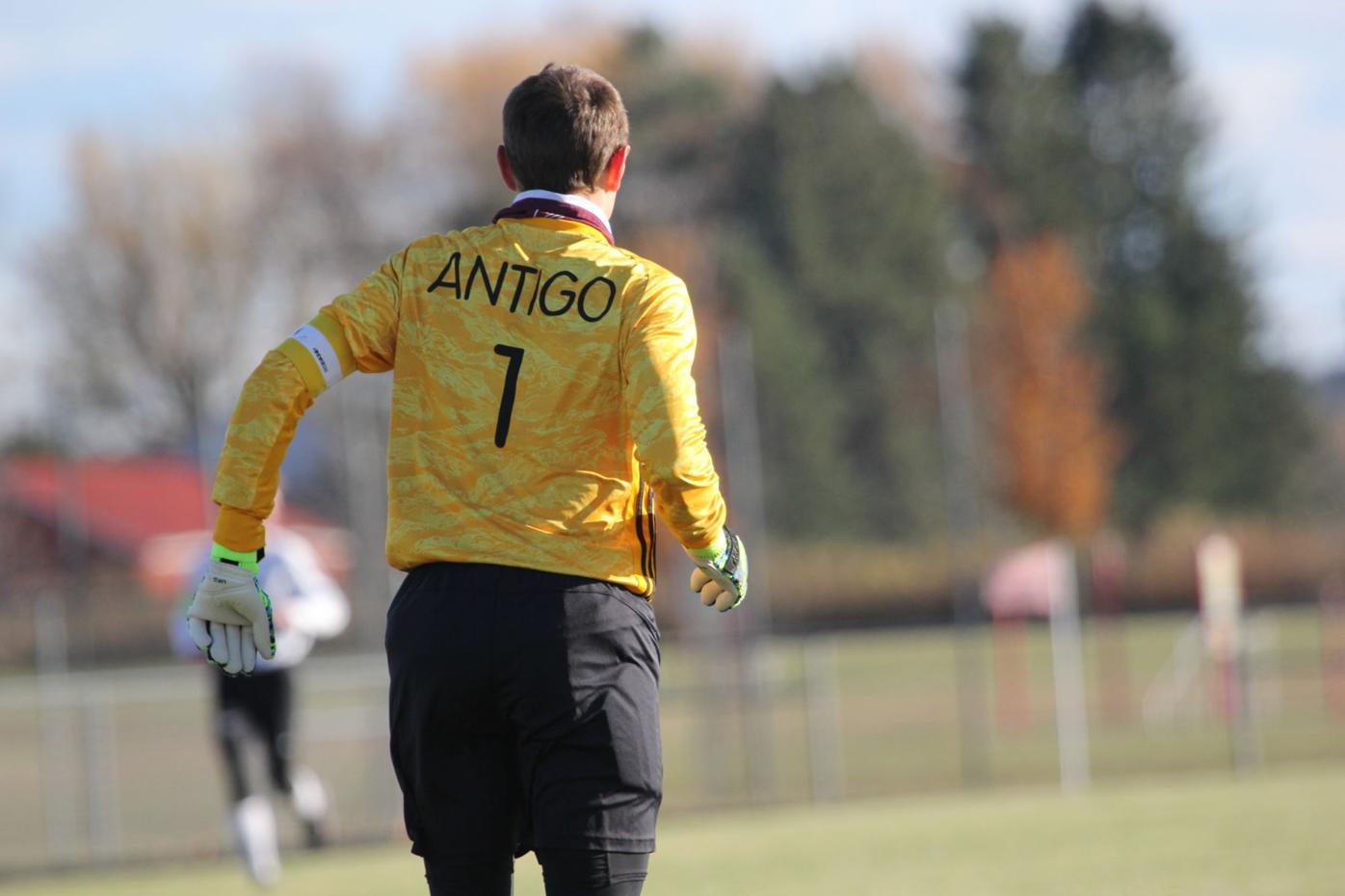 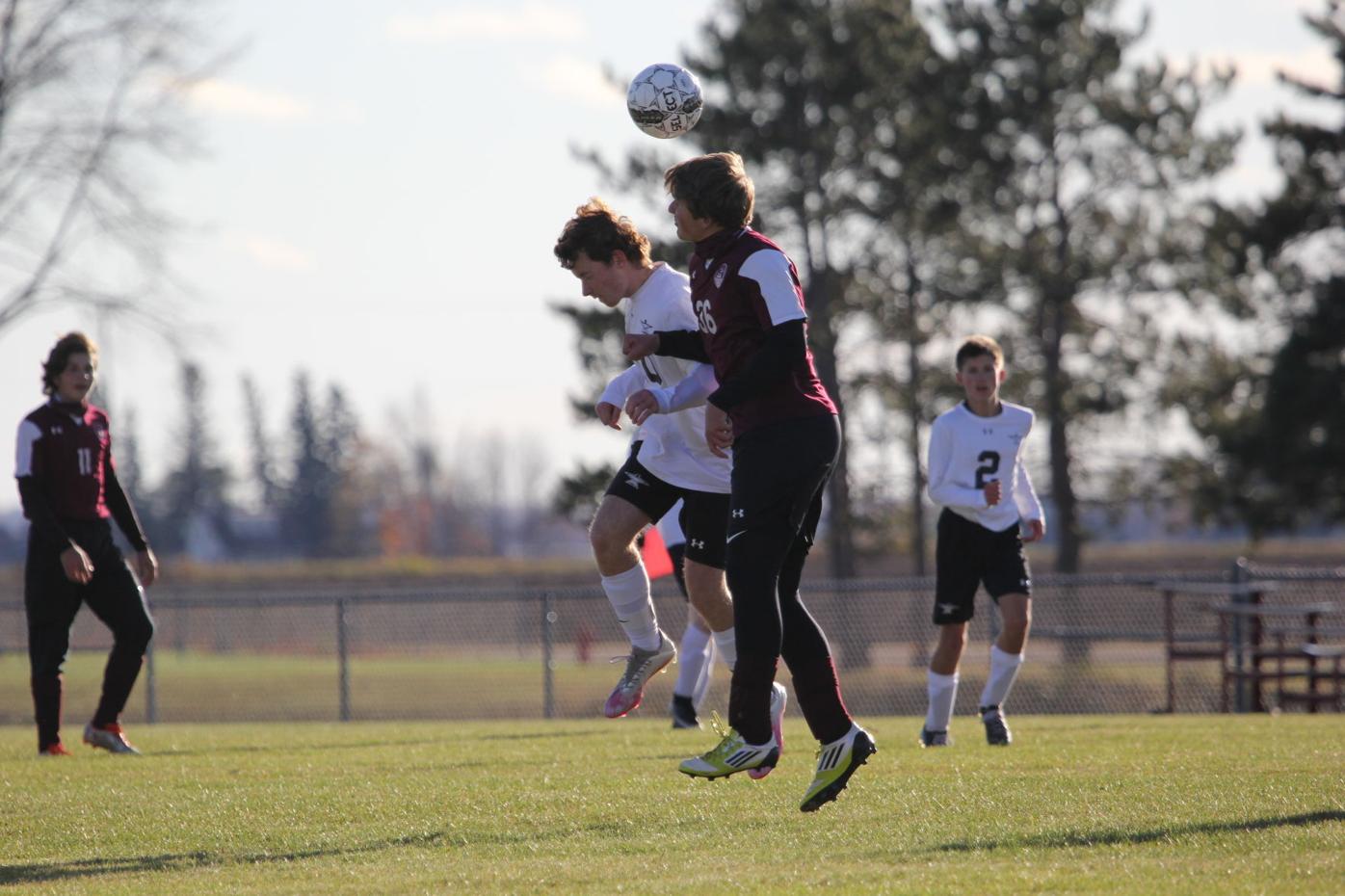 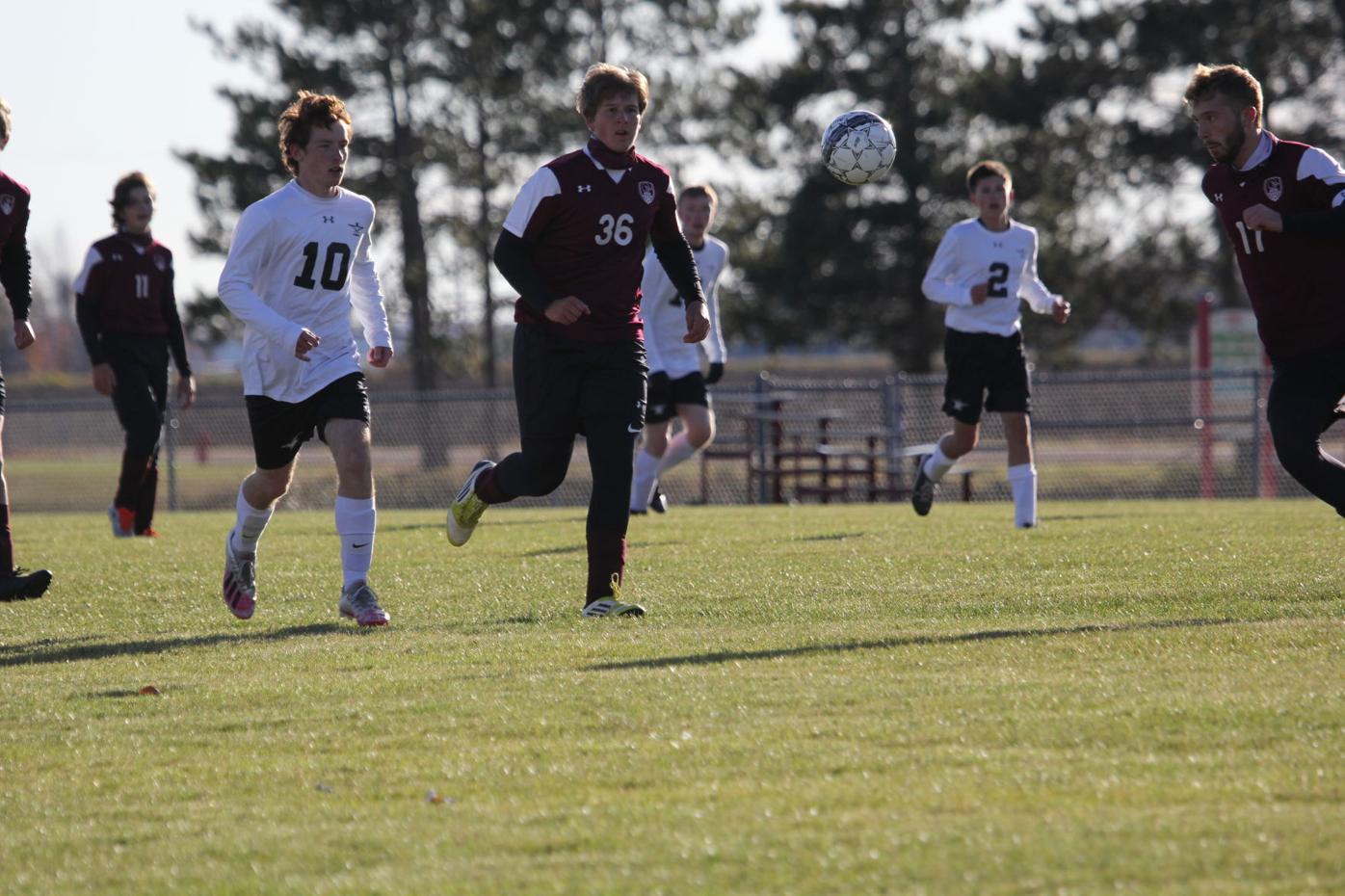 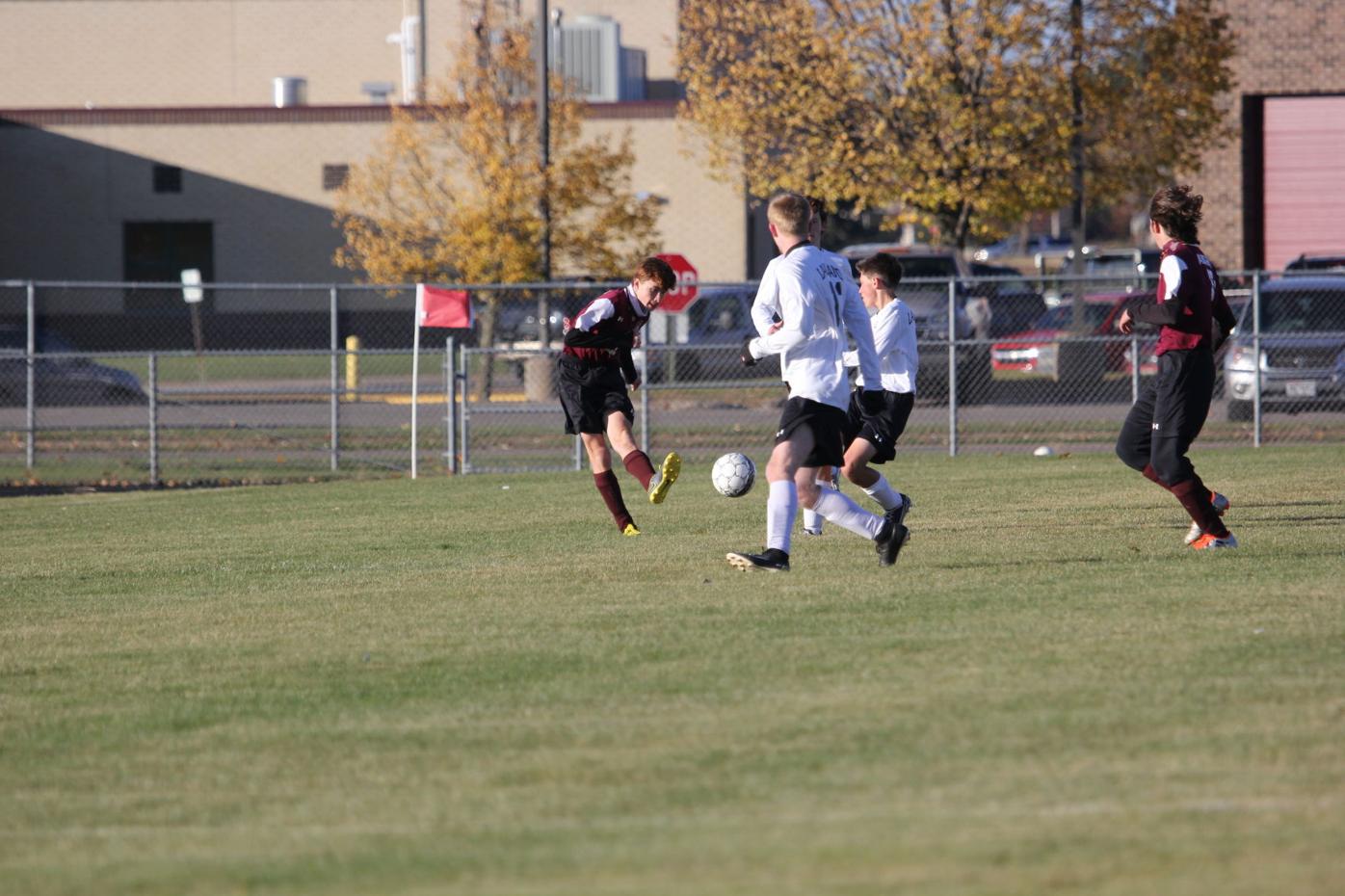 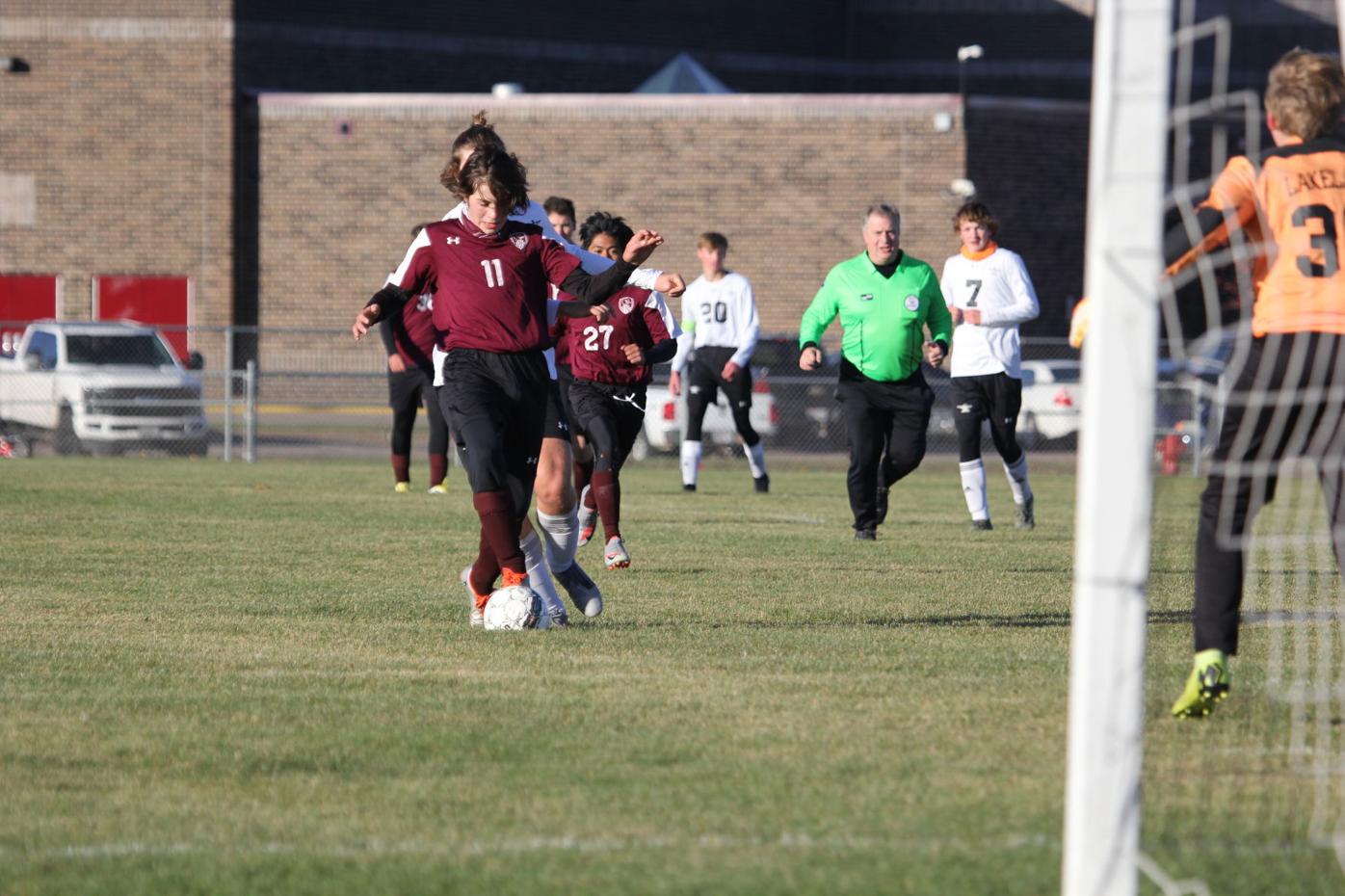 Antigo’s Frank McKenna (30) battles a Lakeland defender for the ball during Thursday’s 3-0 loss at Listle Field.

The Robins fell on the night in a 3-0 final, a scene very similar from a loss to Medford two days prior by an identical score.

First half play often favored the Robins as they controlled the ball better and had more offensive opportunities. Forward Wes Ebel had a number of exciting breakaway chances, and other forwards, Trevin Walbeck and Nolan Bunnell also chalked up a few shots on goal.

With just six minutes left in the half, Lakeland capitalized on a corner kick and a rush to the net, putting Antigo down 1-0 heading into halftime.

The half saw the players thank and honor their parents.

“Although it was a cold evening, it was a really great game to honor our seniors and parents,” head coach Ben Wilhelm said. “The match was really tight and fun to watch.”

Second half play saw Lakeland start with better organization and intensity, scoring on a brief breakaway eight minutes in, at the 53 minute mark, making the score 2-0.

Two minutes later, in the 55th minute, The T-Birds made a good crossing pass in towards the net, Antigo defenders, blinded by the sun, allowed a third goal, making it 3-0 in favor of Lakeland.

“I’m proud of our boys’ performance tonight despite the loss,” Wilhelm added. “We kept it close all around except for 15 minutes in the middle where we allowed goals. This year’s team has kept up remarkably in our conference games compared to previous years. I’m confident that if we had a longer season to develop we’d see even more signs of development and success.”

Lakeland concludes its regular season with a 4-6 mark.

While the regular season ends, things are far from finished. The Robins, despite an 0-10 mark are a four seed for the WIAA Division Two playoffs which start Tuesday. Antigo is scheduled to host five seed Hayward, in the program’s first-ever home playoff game.

“We are looking forward to our regional playoffs and our first-ever home playoff game,” Wilhelm added. “We have the potential to advance further than ever before.”

Tuesday’s game at Listle Field begins at 4 p.m., with some possible snow in the forecast.

The winner will play at top-seeded and Great Northern Conference champion Rhinelander on Saturday in a regional final at Mike Webster Stadium.

The other side of the bracket sees two seed Medford with a first round bye, awaiting the winner of Ashland and Lakeland.