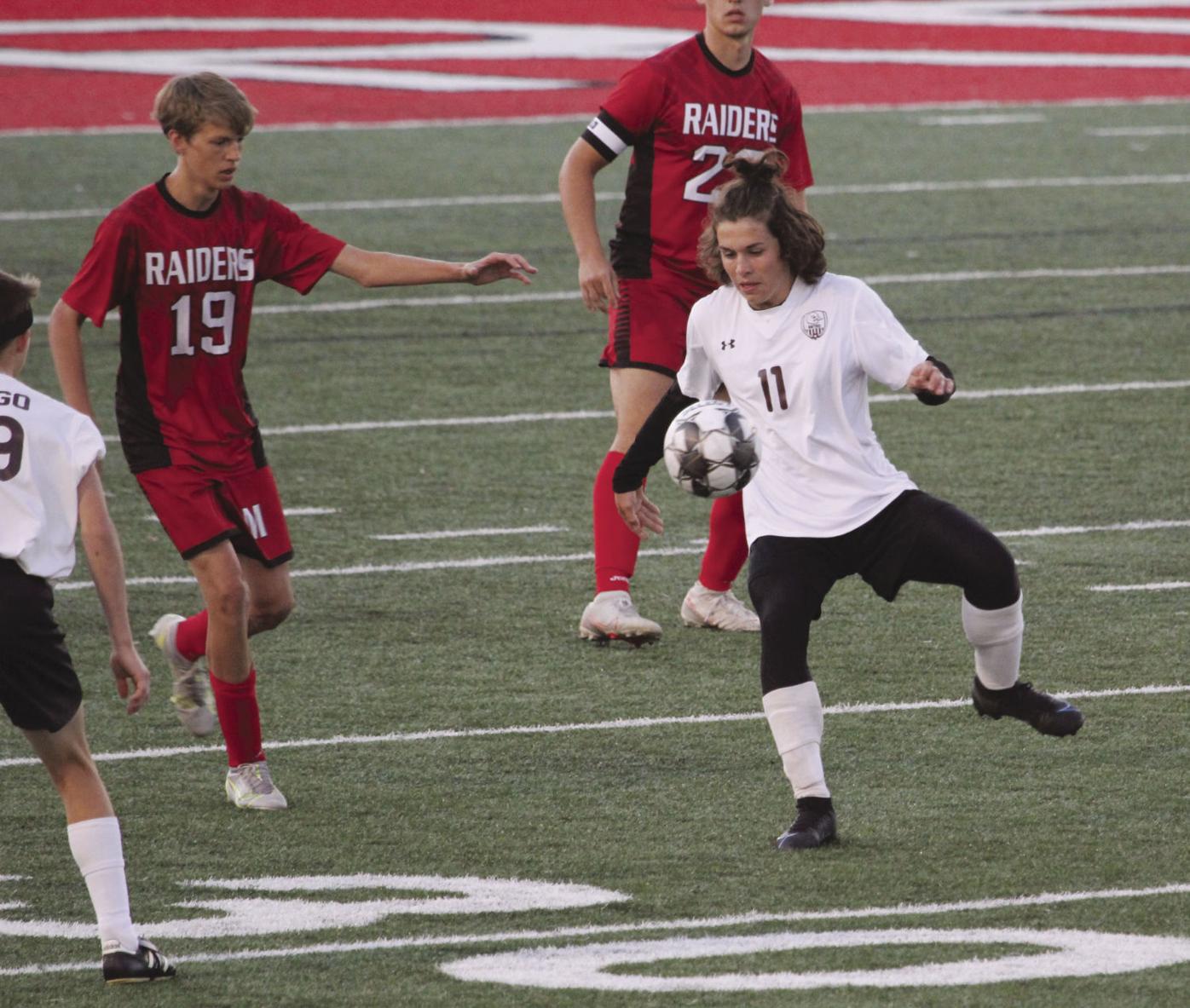 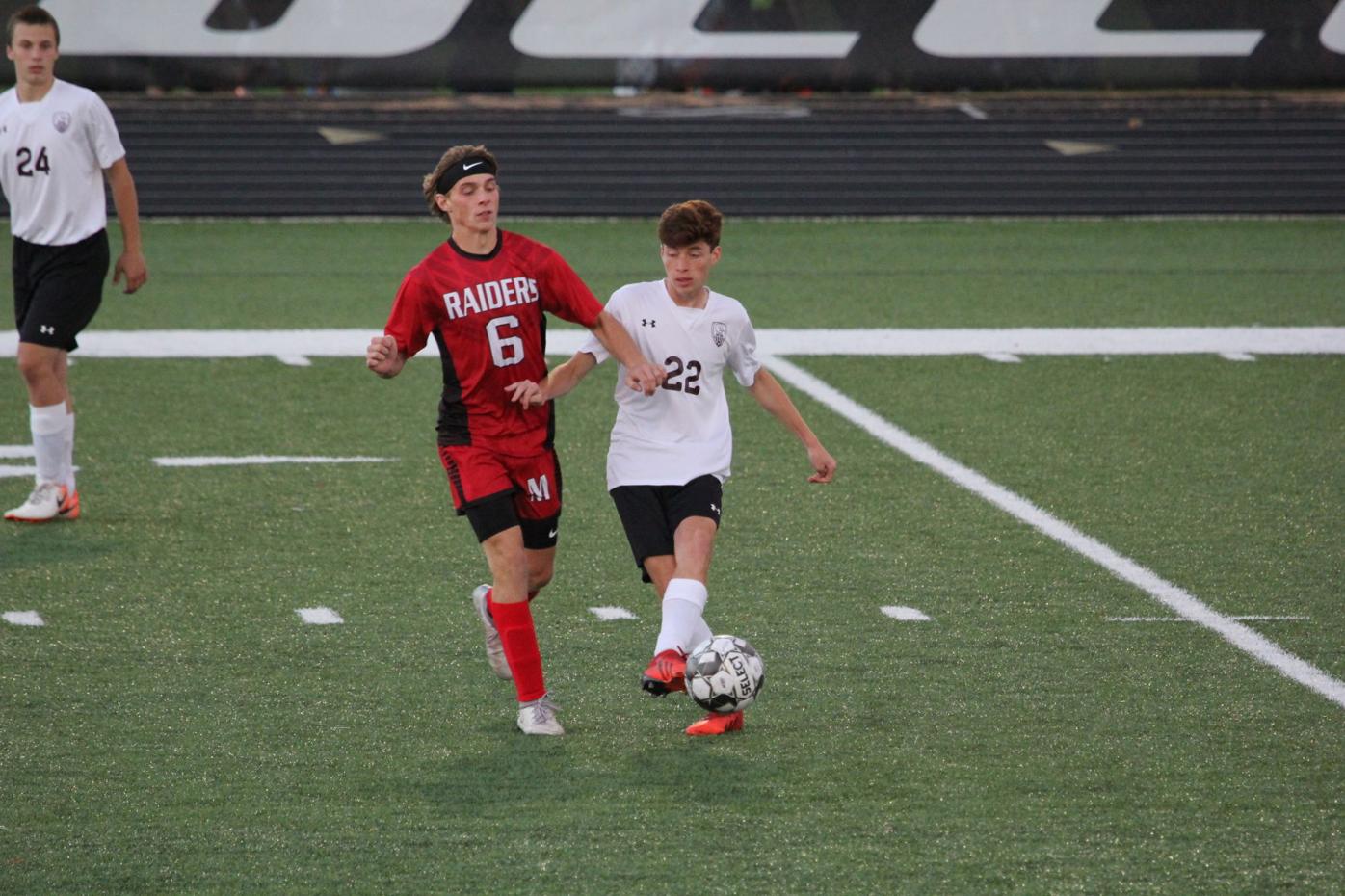 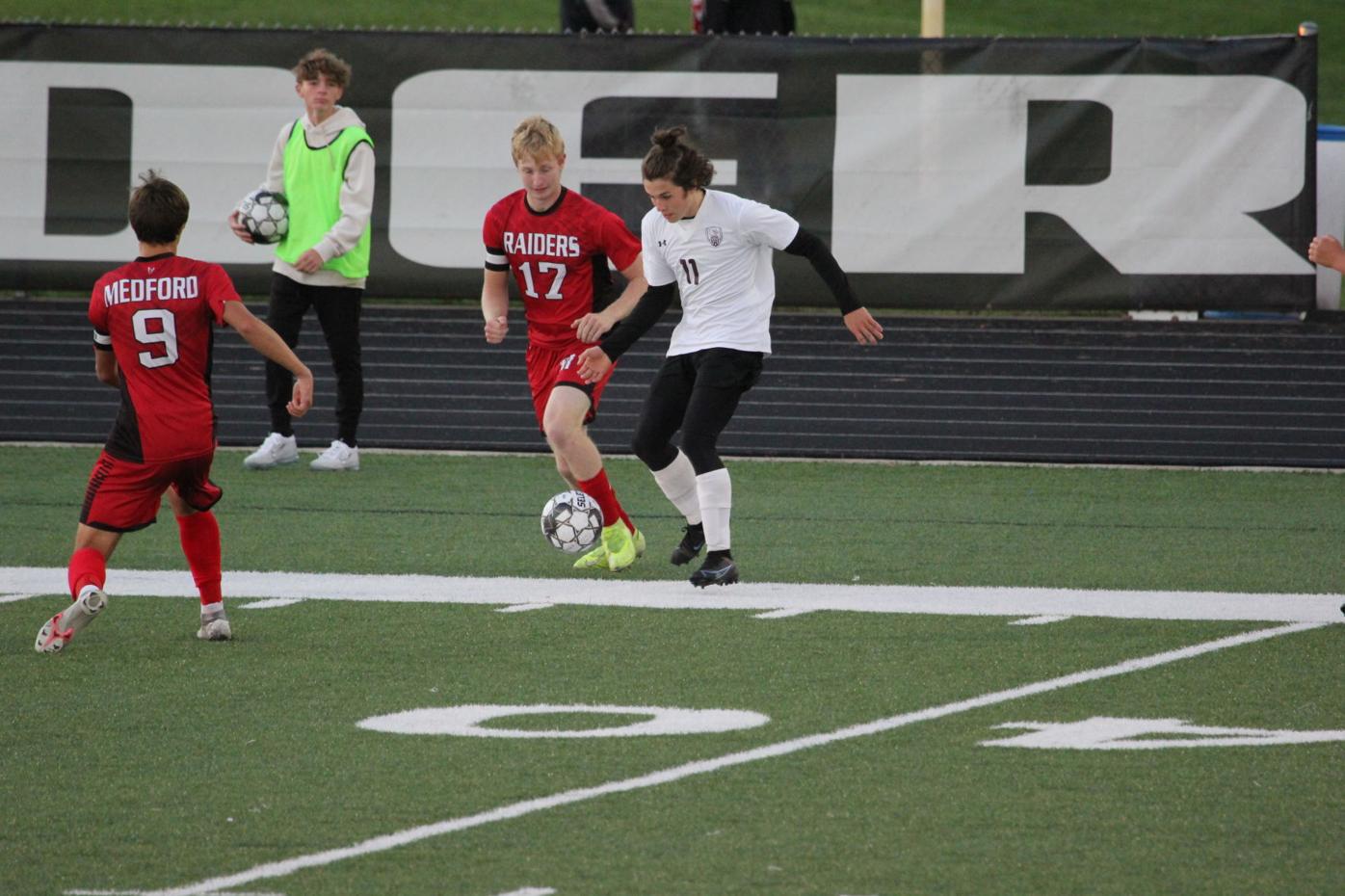 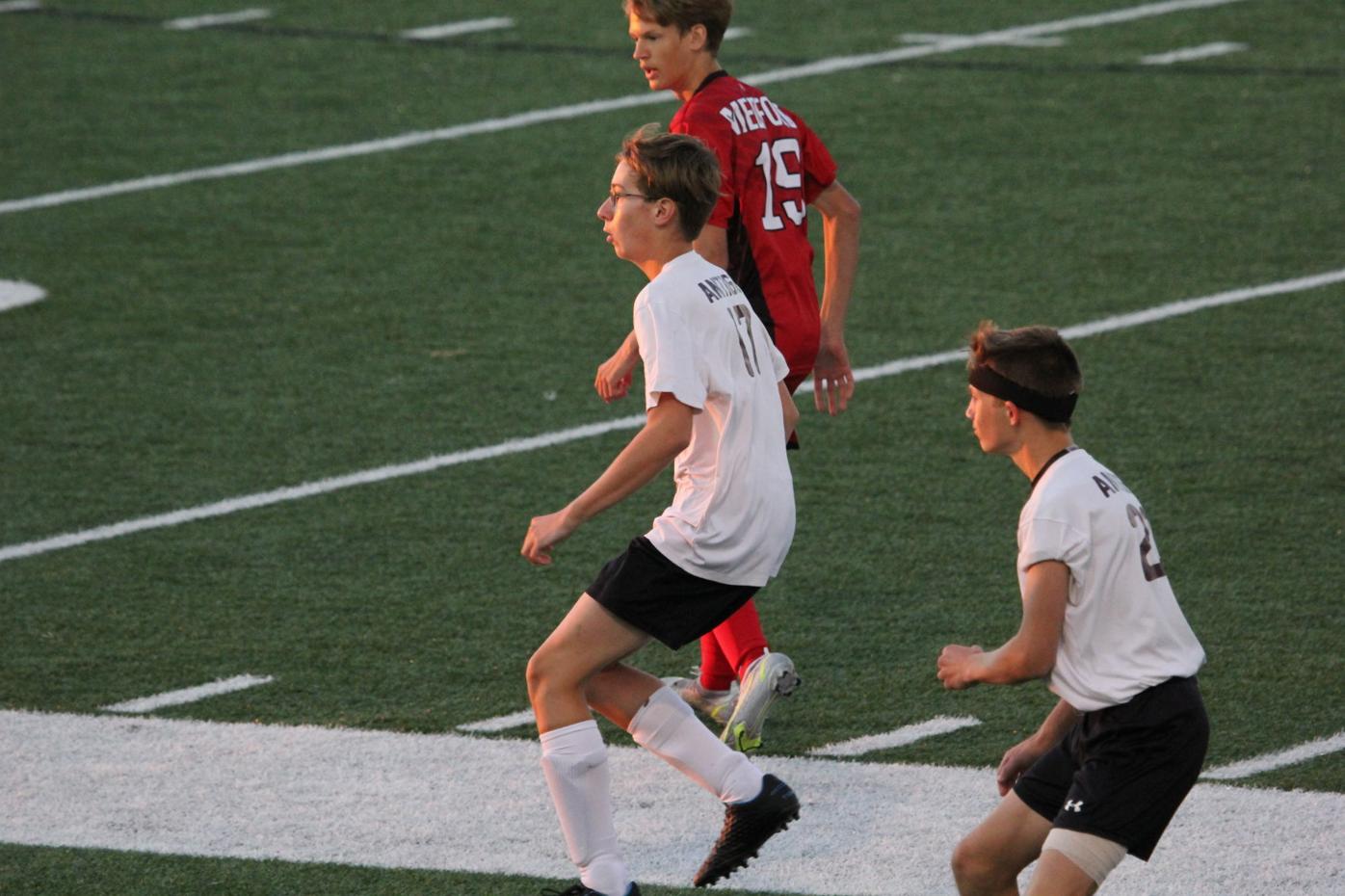 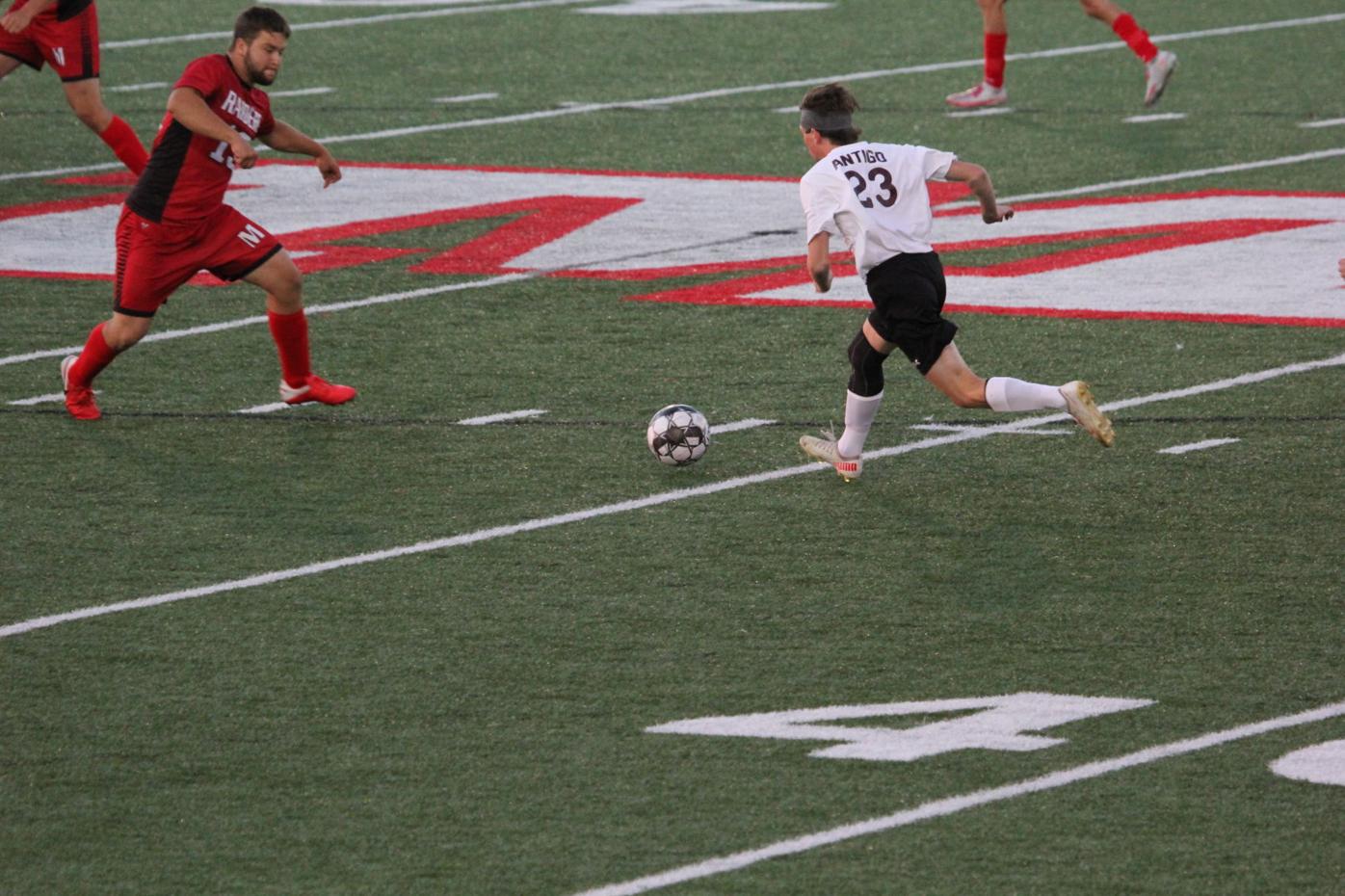 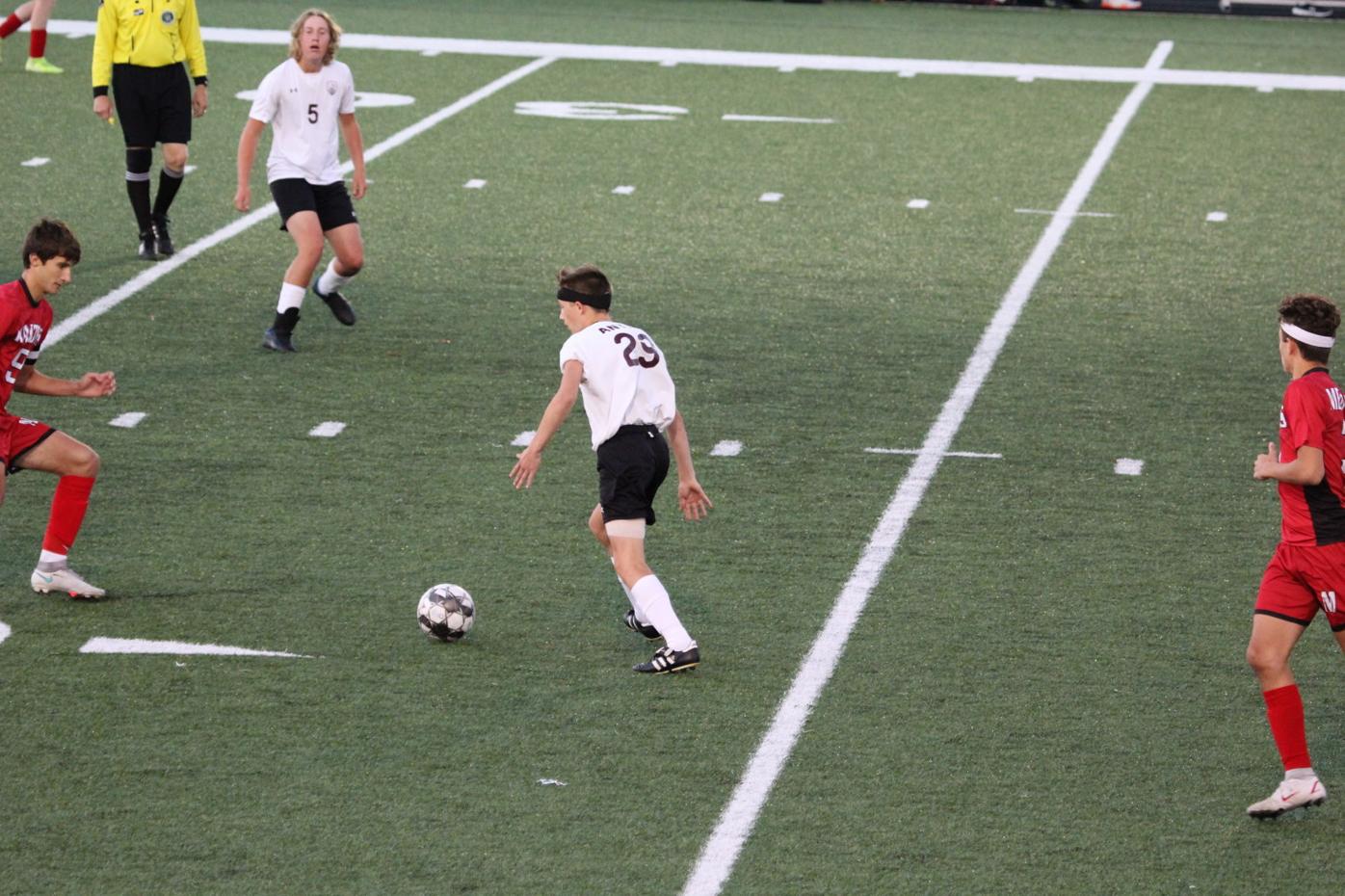 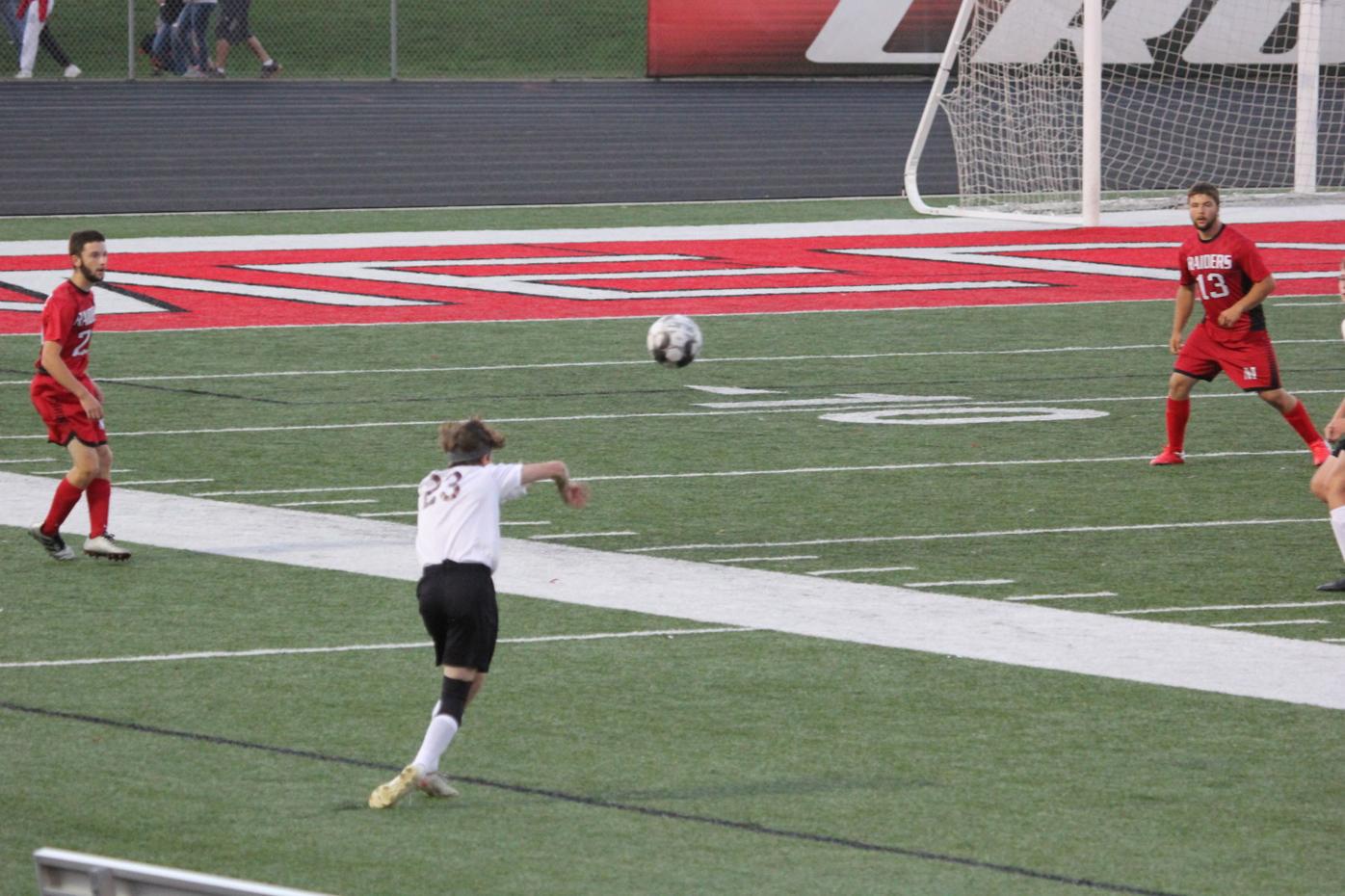 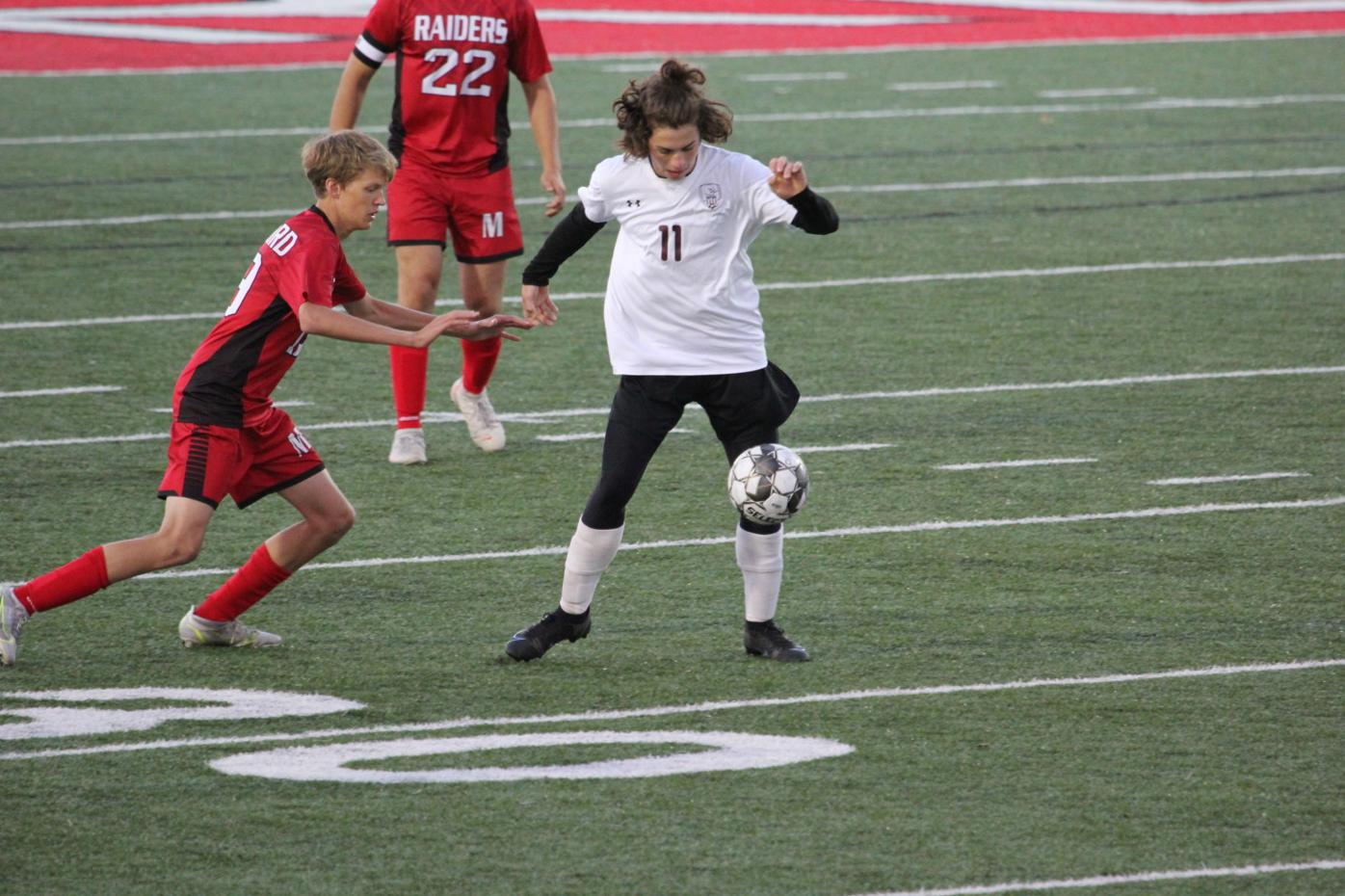 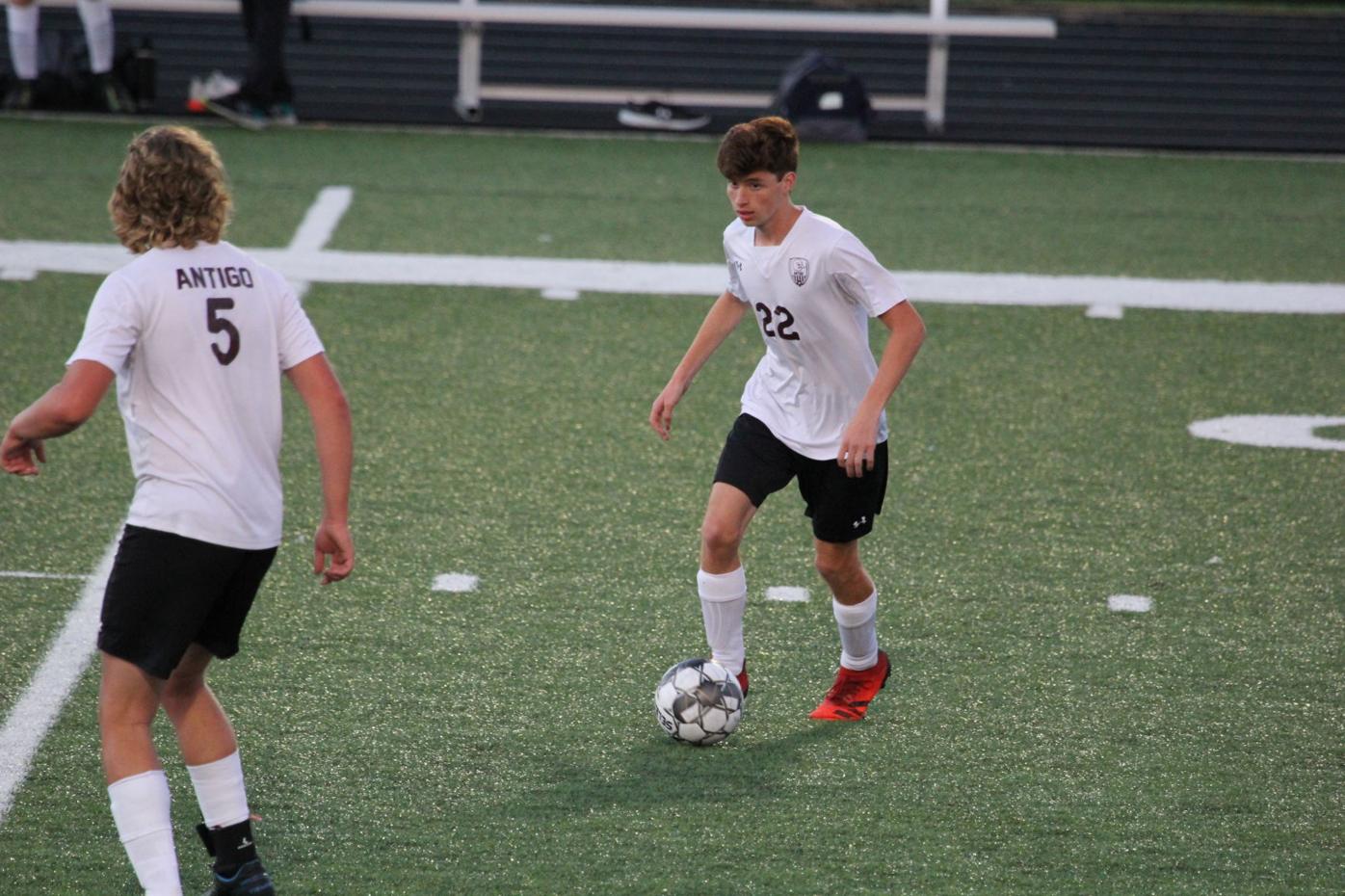 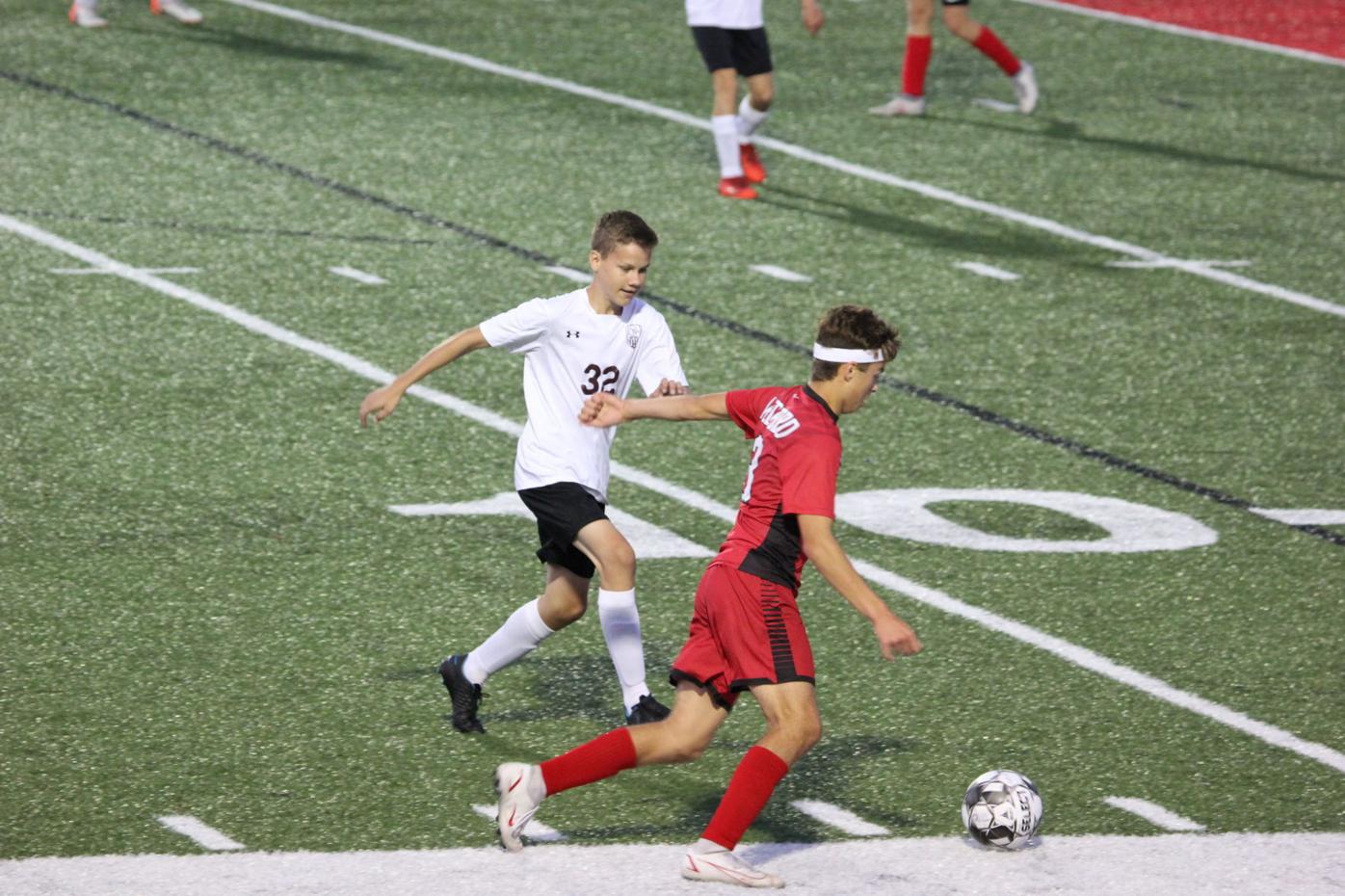 Coming off a great weekend with its home tournament win, Antigo surprisingly struggled to find motivation as the match kicked off, despite facing a Medford team that entered 0-3 in Great Northern Conference play.

Medford quickly found the net at just six minutes in.

“First half we really struggled with watching and not challenging,” head coach Ben Wilhelm said. “It was frustrating to watch some regression.”

Medford went on to put up four more in a twenty minute stretch. The Raiders moved the ball quickly on the turf and capitalized off of unmarked shots.

Despite the five first half goals allowed, Antigo keeper Frank McKenna kept his composure and easily handled more than ten first half saves. The Robins first half offense was almost non-existent as they struggled to play defense.

“At half time we made some adjustments and talked about the fundamentals we were struggling with,” Wilhelm explained. “After the break we saw some significant improvement, but five goals is a lot to dig out of when we were playing inefficient and exhausting defense for forty minutes already.”

In second half action, the Robins did get to see about a dozen offensive drives, some with more success than others.

Just 11 minutes into the second half, Trevin Walbeck sprinted up on a breakaway and was fouled in the box. Alex Samolinski took the penalty kick and got the Robins on the scoreboard.

While that goal energized the Robins, it also energized the Raiders and Medford answered with a goal just three minutes later putting the score at 6-1 which would become the final.

Walbeck notched two shots on goal in the second half and two corner kick attempts but unfortunately those did not result in goals. Samolinski and Cole Umland also saw some shots.

At mids, Ezra Santiago and Jeremiah Grant put in a lot of minutes working both ways on defense and offense as possession changed often on the fast turf.

“We were really hopeful tonight. I think most any conference game this season is winnable,” Wilhelm added. “But when we started poorly as we did tonight, it wasn’t going to be today. But we’re excited to move on and take on Rhinelander at home on our grass.”

The Rhinelander matchup is today at Listle Field at 4 p.m.