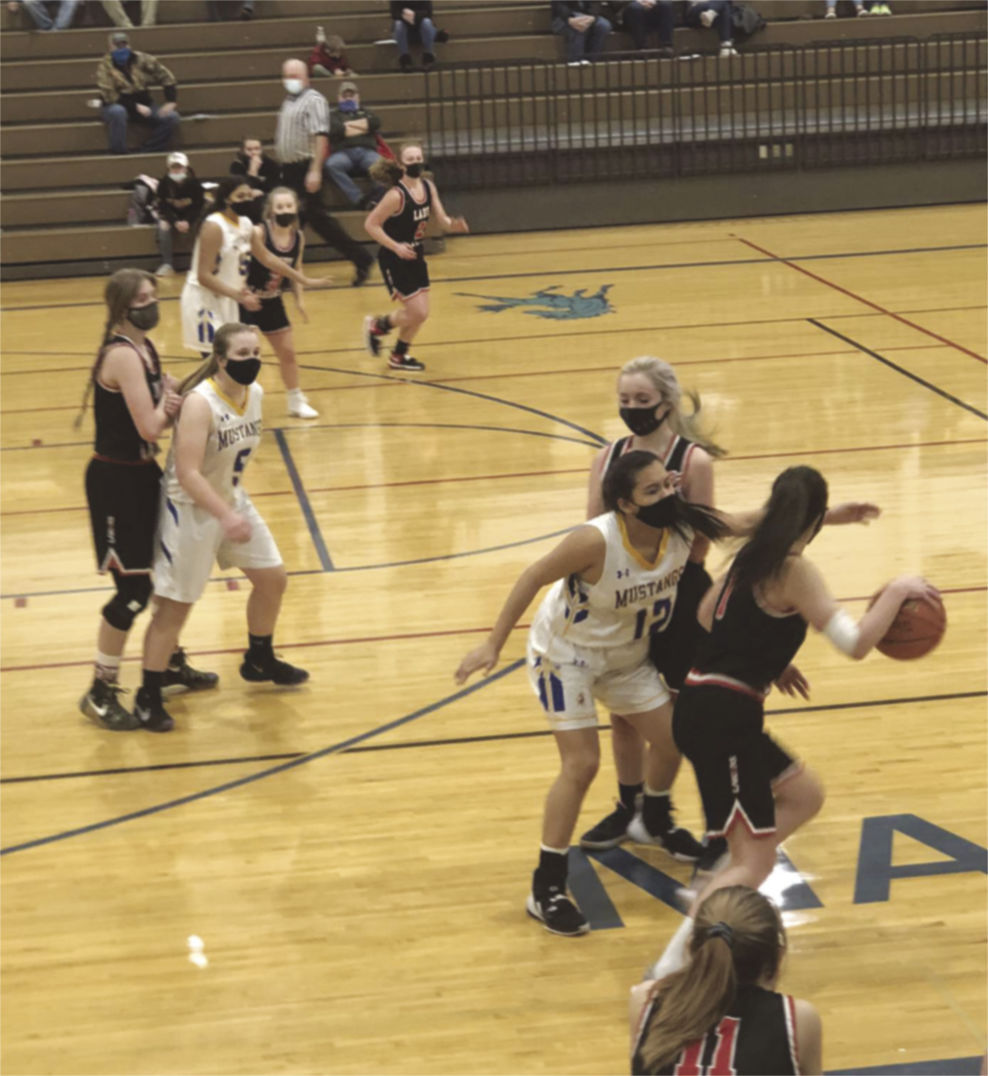 White Lake’s Amelia Aleman,right, comes off a screen Monday during the Lakers’ 37-31 win in Marion. 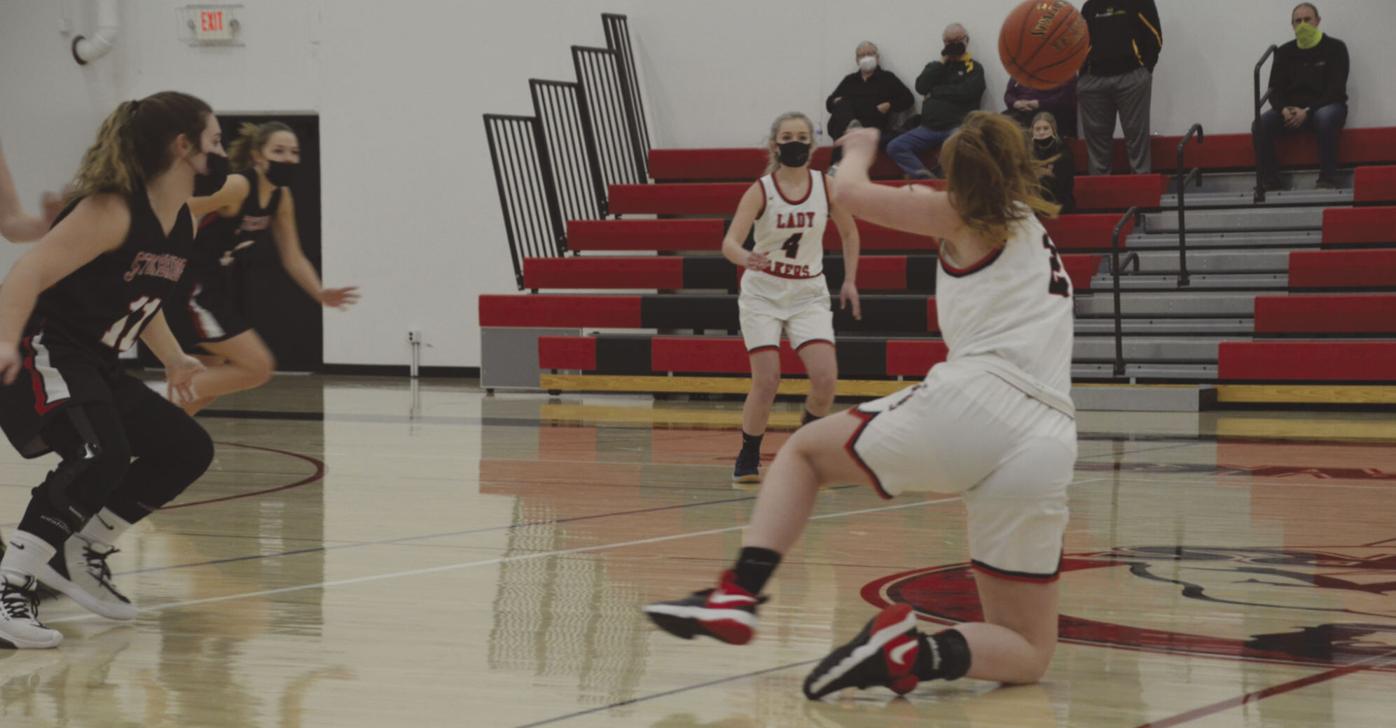 Emilee Kubacki fires a pass in the direction of teammate Katrina Pranke after chasing down a loose ball during Saturday’s game with Stockbridge in the White Lake gym. The Lady Lakers may have dropped that contest, but things turned around in a big way Monday with a win over Marion. 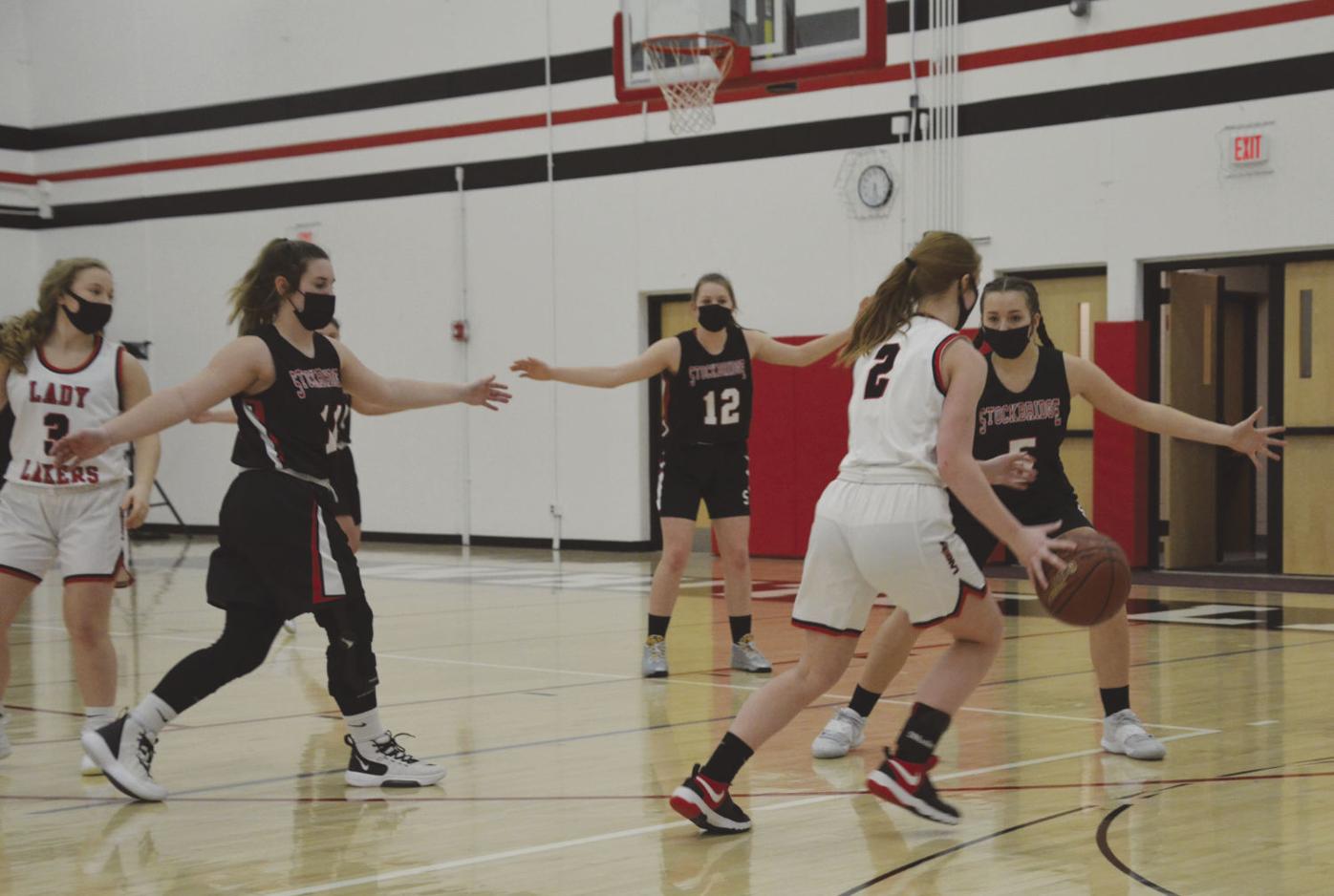 White Lake’s Amelia Aleman,right, comes off a screen Monday during the Lakers’ 37-31 win in Marion.

Emilee Kubacki fires a pass in the direction of teammate Katrina Pranke after chasing down a loose ball during Saturday’s game with Stockbridge in the White Lake gym. The Lady Lakers may have dropped that contest, but things turned around in a big way Monday with a win over Marion.

The White Lake girls basketball team played a pair of recent non-conference games, falling to Stockbridge Saturday, before scoring a big win Monday in Marion, the team’s first victory since the 2014-15 season.

Monday’s game ended a long drought for the White Lake girls program, leaving an exciting group on the floor following the 37-31 win.

“The girls worked beautifully as a team,” Woiak said. “There was a point where the game was tied where we got a little nervous, but the girls stayed strong and focused to get the lead back.”

That tie came at 11-11 in the first half, after White Lake scored the game’s first five points, holding Marion scoreless the first four minutes.

The Lady Lakers eventually took a 20-15 lead to the half and held that lead the majority of the contest.

“The team was willing to try some new things and pull out a couple of older plays from their back pocket to switch up their offense,” Woiak explained. “I am so proud of the teamwork and determination the girls showed tonight. It’s a great day to be a Laker.”

Katrina Pranke ended the night as the game’s leading scorer with 16 points, 11 of which came in the first half. Emilee Kubacki added nine points, while Amelia Aleman had seven, Ellamae Wild three and Jenna Madix two.

“The team fought hard for every point,” Woiak added.

While the Mustangs remain winless on the season, White Lake improved to 1-7 and is slated to host Lena in another non-conference game Tuesday. It’s part of a busy week, with a trip to Wolf River Lutheran scheduled for Thursday before a return to Northern Lakes Conference play Friday at home versus Three Lakes.

Saturday, Stockbridge visited the White Lake Gym and came away with a 72-16 victory before an enthusiastic home crowd.

“I loved having the game on Saturday,” Woiak said. “It was a great fan turnout. We have some big things to celebrate from the game.

An early technical foul gave White Lake the first lead of the game, which it held for the first 2 ½ minutes of play.

The first eight minutes of the game were well played by both sides, with the Lady Lakers playing strong defense and able to get off some good looks on the offensive end.

However, the last 10 minutes of the first half saw the White Lake offense struggle before regrouping during the halftime break and coming back strong in the second, using screens to its advantage.

“The girls are always willing to try something new if our original game plan stops working,” Woiak noted.

Emilee Kubacki scored a season-high 11 points to lead White Lake. Kubacki was on from the outside, draining two three-point shots in the first half and one in the second.

“Emilee has been struggling to hit her shots this season,” Woiak said. “However, in this game she held all of our team points in the first half.”

Woiak also credited Amelia Aleman for her hard work and defense against Stockbridge, even when she was out-sized.

“Aleman showed strength and determination in this game,” she said. “She has a lot to be proud of.”

After some first half foul trouble by the Lakers, things settled down after the break, with White Lake playing a much cleaner second.

The game also marked a nice moment for the opposition, as Stockbridge’s Maddie LeGault scored her 1,000th career point in the White Lake gym.

“The Lady Lakers would like to congratulate LeGault on her accomplishment,” Woiak added.